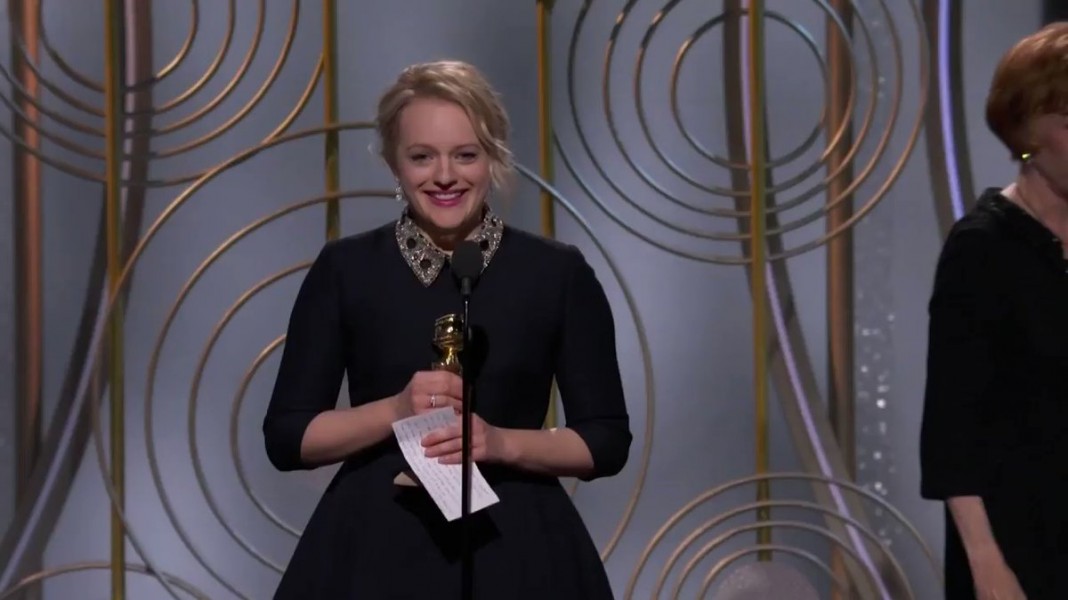 “The Handmaid’s Tale” beat “The Crown,” “Game of Thrones,” “Stranger Things” and “This is Us” to win the Golden Globe Best TV Series (Drama).

The Hulu series won the award at the 75th Golden Globe Awards, which took place at The Beverly Hilton in Los Angeles.

“The Handmaid’s Tale” was nominated alongside “Game of Thrones,” “Stranger Things,” “The Crown” and “This is Us.”

Showrunner Bruce Miller accepted the award, saying, “to all the people in the world who stopped The Handmaid’s Tale from coming real: keep doing that.”

“Handmaid’s Tale” also earned Elisabeth Moss a Best Actress in a Drama win. She dedicated her win to women who paved the way in the past, and the writer Margaret Atwood,  who was absent due to illness.

“The Handmaid’s Tale” is an American television series based on the 1985 novel of the same name by Canadian writer Margaret Atwood.

Set in a dystopian future, it tells the story of a woman who is forced to live as a concubine under a fundamentalist theocratic dictatorship.

In 2017, the show became the first streaming series to ever win the Emmys Best Outstanding drama series.