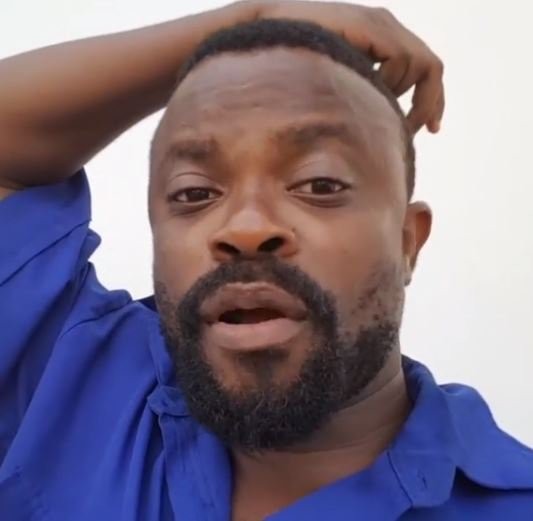 Nollywood actor, Okon Lagos is not buying into all the public marriage proposals and the drama that goes into it because he feels they are mostly pre-planned.

According to hiim, ‘most marriage proposals in my opinion are premeditated. The man knows or is very certain to a large extent that his proposal is gonna be accepted. And to the ladies, most times the tears are just drama. Who will want to kneel with a ring and ask a girl to marry her in a mall in Lagos if he has the slightest feeling that he may be turned down. In fact it is like elections result in Africa where both the candidates and the citizens know the result before starting the process. I know say person go ask me how I take propose give my wife’.

Watch the video below….

Morning Teaser ‘My best friend’s wife is carrying my baby’ Nnamdi is in a very serious dilemma after he got his best friend’s wife pregnant and as the baby is due, he does not know if he should confess what he did.
WTF is wrong with people? Lady shares photo of herself with her friend taking a sh*t together
Christianity on Sex What does the Bible actually say about premarital sex? We look at nine bible verses concerning sexual relations before marriage.
We really love each other but our parents are being difficult
‘My name is Kunle Remi and not Adesua’s ex’ Nollywood actor reacts to reports claiming he was once Mrs Wellington’s boyfriend
Tiwa Savage Singer says God saw her through the trying times of her marriageTiwa Savage Singer says God saw her through the trying times of her marriage
Paul Okoye speaks on the Psquare feud, says ‘ I regret it, please forgive me’
Juliet Ibrahim warns boyfriend If you mess me up Ghanaians will deal with you
This is how to actually file for divorce
I Used to Take Marijuana, Codeine and Hard Drugs – Popular Nollywood Actress, Toyin Abraham
Olamide | Lagos NaWa Album | On A Must Buzz ft. Phyno
Odunlade Adekola signs out of Unilag
Premier League Merseyside misery as Liverpool and Everton lose heavily Defensive frailty has long been a problem for Liverpool and they found themselves 2-0 down inside 12 minutes as Spurs…
Mercy Johnson Actress calls out fan who said her marriage would crash
Photos: Lagos Police Commissioner leads task force to visit Apapa-Kirikiri traffic gridlock
Hollywood actor Robert Guillaume dies at 89
Curvy Black American IG model poses with Keke Napep in Lagos (photo)