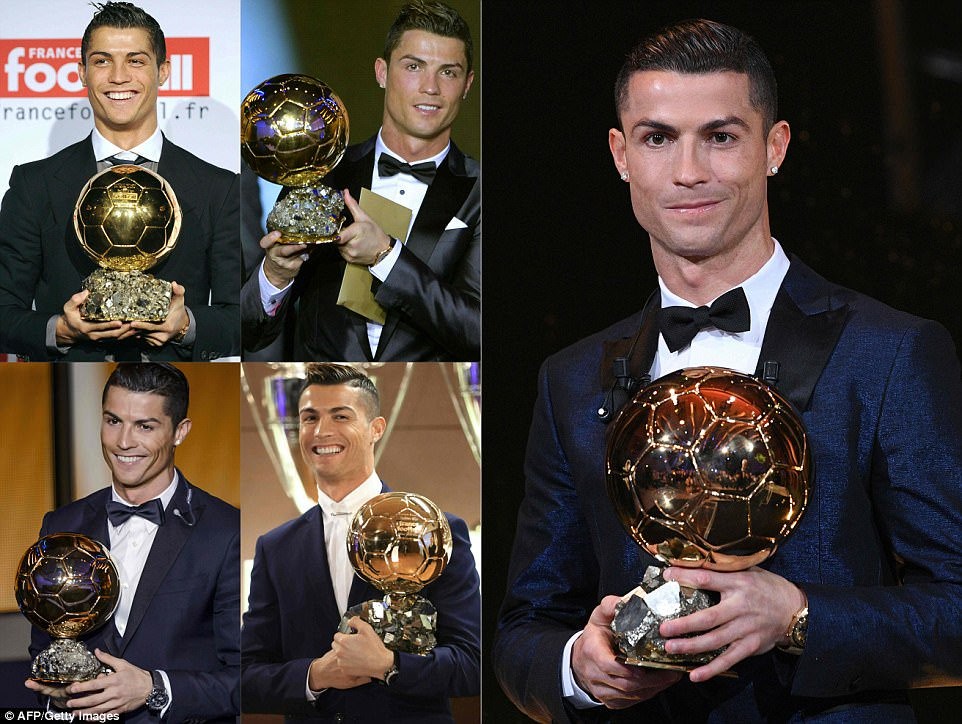 And after being presented with the  2017 Ballon d’Or at the glitzy ceremony on Thursday, Ronaldo vowed to ‘let the fight continue’ between himself and Messi as they battle for future Ballon d’Ors.

‘I hope to play at a high level for a few more years,’ Ronaldo said when asked about rival Messi. ‘Let’s have the fight continue in a good way. He will do his best for his club and his national team.

‘Of course, I feel happy. It’s a big moment in my career,’ Ronaldo said. ‘It’s something I hope to win every year. Thanks to my Real Madrid team-mates. And I want to thank the rest of the people who helped me reach this level.’