How African rookies have started the season 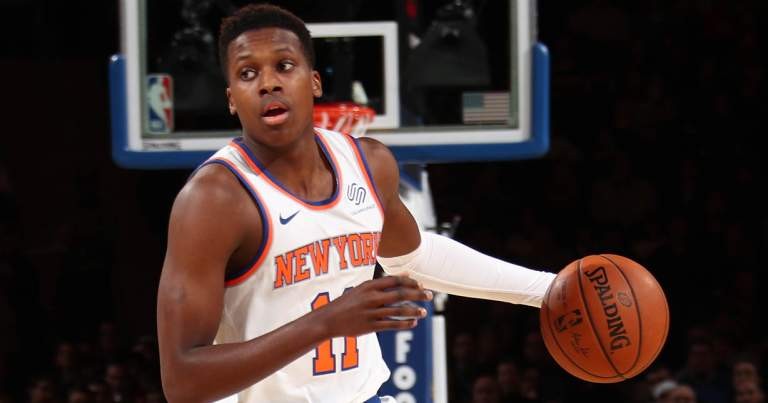 The race for Rookie of the Year in the 2017/18 NBA season is not over yet, but the way Ben Simmons of Philadelphia 76ers is playing, it soon will be. Jayson Tatum (Boston Celtics) and Kyle Kuzma (Los Angeles Lakers) are two of the other rookies that are playing like they belong in the league.

That leaves us with the question: how are African rookies doing so far this season?

OG Anunoby (Toronto Raptors) – When Anunoby was drafted by Toronto, he was recovering from a knee surgery that had kept him out of college hoops for almost a year. He recovered ahead of schedule, and was thrust into the starting five when Norman Powell got injured.

Now, OG has played 17 games, starting five of them. He is shooting 47.1 percent from the floor and averaging 6.4 points per game. But it is in the deeper numbers that Anunoby’s influence on the team shows: his Offensive Box Plus/Minus is 2.7 better than that of the average league player, and his usage rate of 14.2 percent when he is on the floor, shows just how much Raptors coach Dwane Casey trusts him. Much has been said about his passing and shooting; we will likely see more as his influence in the team grows.

Jesusemilore ‘Semi’ Ojeleye (Boston Celtics) – Ojeleye was selected by the Celtics with the 37th pick, and wasn’t expected to make any huge contributions immediately. However, it was predicted that his unique skills mean he will likely get some playing time from filling in for multiple players. So far, Ojeleye is averaging 2.4 points and 1.6 rebounds per game in 13 minutes coming off the bench.

A closer look at how effective he has been – outside of these numbers – will however be a more accurate measure of the impact he has had on the team. The Celtics are third in the league in rebounds and as per basketball-reference.com, Ojeleye grabs 10 percent of the team’s defensive rebounds while on the floor (Tatum, who plays more than double Ojeleye’s time, grabs 17.3 percent). His usage rate, however, is just 8.9 percent (Tatum’s is 18.4); simply put, Ojeleye works hard at the defensive end, but will have to wait a while to earn more space offensively.

Edrice ‘Bam’ Adebayo (Miami Heat) – Adebayo sat out the first three games of the season and then, with Hassan Whiteside injured, he appeared as a starter in the next three home games against San Antonio, Boston and Minnesota, before he went back to the bench when Whiteside returned.

Bam has made 10 appearances for the Heat so far, averaging 12.3 minutes (most of those minutes came from the three starts when Whiteside was out) and recording 3.5 points and 3.6 rebounds per game. He is hauling down 16.1 percent of the team’s rebounds when he is on the floor, and enjoys 13.3 percent usage. However, he is not likely to see much playing time as long as Whiteside is fit.

Abdel Nader (Boston Celtics) – Nader has played a total of just 60 minutes in nine appearances for Celtics, averaging 6.7 minutes per night. However, he enjoys a huge usage rate, logging 16.1 percent of the players on the floor, when he gets a run-out. Unfortunately, Nader has not utilized this well – he is averaging just 1.4 points per game, and his Offensive Box plus/minus when compared to the average player in the league, is -7.6. Nader stands out at the defensive end, but he pulls down 12.4 percent of the team’s defensive rebounds, and his Defensive Box plus/minus is 1.7, suggesting that the young Egyptian still has much work to do on his offensive game.

Frank Ntilikina (New York Knicks) – He is one of the few rookies to already have a nickname. ‘The Frenchise’ has not started any game for the Knicks, but he is racking up minutes after playing some in the first three games; his 19.4 minutes per game is ranked ninth among all rookie guards. And his impact is undeniable. Although he is averaging 4.8 points and 3.7 assists per game, he enjoys 17.5 percent usage, and provides 25.7 percent of the team assists when on the floor. With Kristaps Porzingis taking up all the headlines, Frank has been quietly affecting the Knicks, and the 10 points, seven assists and three steals in the win over Indiana remains his highlight.