Cristiano Ronaldo Real Madrid star takes his family to dinner at London restaurant after Best FIFA Award win Ronaldo and Ramos dined together with their partners at the restaurant after the ceremony. 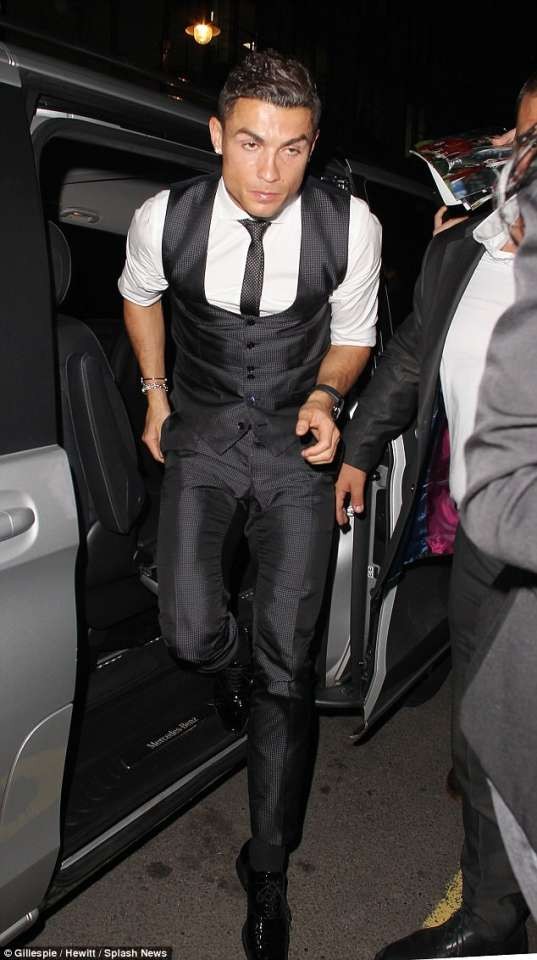 After winning the 2017 FIFA Best Player of the Year, Cristiano Ronaldo took his family to dinner at a London restaurant.

Ronaldo beat Lionel Messi and Neymar to win the FIFA Best Player of the Year at the Best FIFA Football Awards that held at the Palladium theatre in London.

After the ceremony, the Real Madrid star and his family were pictured at the Novikov restaurant in London’s Mayfair.

The 32-year-old was with his girlfriend Georgina Rodriguez and son Cristiano Jnr. There were joined by his Real Madrid teammate Sergio Ramos and his partner Pilar Rubio.

The dinning crew headed straight to the spot which has Asian and Italian restaurants as well as a lounge bar immediately after the ceremony.

Sergio Ramos and his girlfriend (A WEIR / BACKGRID)

They stayed there until 2 am but that didn’t stop autograph hunters to still crowd in front of the restaurant.

Ramos was included in the FIFA FIFPro World Team of the Year which was dominated by Real Madrid players.

Ronaldo and Ramos were joined in the FIFPro World Team of the Year by Marcelo, Toni Kroosand Luka Modric.

Their manager Zinedine Zidane also won the 2017 Coach of the Year following a successful year with Real Madrid.