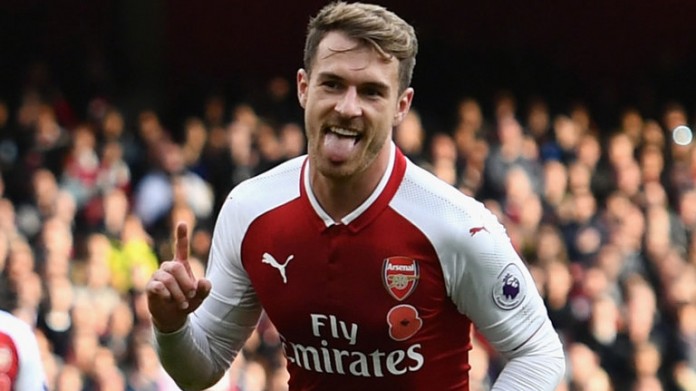 Arsene Wenger once again praised Arsenal’s mental strength in coming from behind to beat Swansea 2-1 in the Premier League.

Sam Clucas had given Swansea the lead at the Emirates in the first half, only for two quick-fire Arsenal goals from Sead Kolasinac and Aaron Ramsey in the second half.

It’s the third game in a row Arsenal have come from a goal behind to win, and the Frenchman noted his side’s character.

He told Sky Sports: “I’m very happy with the three points. I think overall we had a good domination, maybe in the first half our pace was not quick and sharp enough, but in the second we upped the tempo and created many chances.

“Again we showed mental strength to come back from 1-0 down to win 2-1. Overall it was vital for us to win the game today.

“The best always is to show on the pitch what you can do, and I am convinced we did that at Everton, against Everton, and again today. That can only make the team stronger as well.”

Wenger admitted his side were lucky not to concede a second goal on the stroke of half-time, when Jordan Ayew robbed Per Mertesacker only to see his shot well saved by Petr Cech.

“In the first half I felt we were not sharp enough in the duels, we let them win some of the 50-50s and maybe were lucky not to concede a second goal, but the second half was much better.

“For the confidence it was very important. Once you’re 1-1 there is still 40 minutes to score another goal, it gives a more serene attitude and confidence.”

Asked about his 800th Premier League match in charge of Arsenal, Wenger added: “I don’t know where all these games have gone because you always look forward and not back. And sometimes these numbers remind you you’ve gone a long way. You can only be grateful and happy because it’s a privilege.”