Rangers commence screening of players for Team B 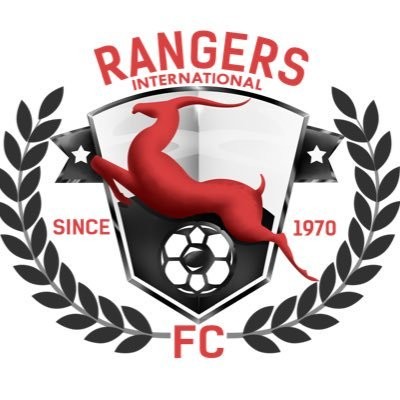 Rangers International Football Club of Enugu have commenced screening of players for the club’s Team B, its General Manager, Davidson Owumi, disclosed said on Monday.

Owumi told newsmen in Enugu this was an effort to make the club a formidable force in the 2017/2018 Nigeria Professional Football League (NPFL) season.

He added that the move would also help to ensure that the club has budding talents which would graduate to the main team from time to time.

“This screening kicks off on Monday (Nov. 20), and we are looking at talents within the ages of 15 and 19, and this exercise will be supervised by coach Olugbenga Ogunbote.

“The reason for this Team B is to ensure that budding talents from the South-East geo-political zone and other zones of the country are given opportunities to showcase their talents.

“We are however looking at having the best three players from the three senatorial zones of Enugu state to form the bedrock of the Team B.’’

Owumi said players from Enugu State and the neighbouring states will form 70 per cent of the team.

“The remaining 30 per cent is reserved for very talented footballers from other parts of the country and the world at large,’’ he said.

Owumi said the club management hopes to identify, nurture and develop local talents which would in the near future graduate seamlessly into the main team.

“The selected players will be on stipends while those of school age from other states would be enrolled into schools in Enugu where we have some understanding.

“Already, three players from A-10 Padora FC of Coal Camp have been penciled down to be looked at, with some of the young players that could not make the cut when the screening for the main team ended on Friday,’’ the GM said.

He said the club management was also working on appointing an Administrative Secretary for the club who must be an ex-Rangers player.

“Such a person must have gone through the National Institute of Sports (NIS), and he is to help inculcate the Rangers philosophy into the young players,’’ Owumi said.

ACCW: First Bank wins game two, meets GSP today
Real Madrid superstar beats Messi, Neymar to win 2017 FIFA Best Player of the Year Ronaldo had a brilliant year, leading Real Madrid to a La Liga and Champions League double.
Tottenham’s Dembele eyes start against Arsenal
Police nab suspect operating with master key
Mourinho says he has no idea when Pogba will be fit
Donald Trump lashes out at LaVar Ball for being ungrateful for his son’s release for shoplifting in China
Everton Club ban fan who attacked Lyon player while holding child Everton on Friday banned a fan who appeared to try and strike a Lyon player while holding a child during their Europa League tie as UEFA opened disciplinary proceedings following the crowd trouble at Goodison Park.
Self Defence ‘I killed my uncle when he tried to rape me’ – Murder suspect The police in Enugu State have arrested a young girl who killed her uncle when he attempted to rape her in his house.
Liverpool’s Mane suffers injury scare on Senegal duty
Rex Tillerson US Secretary of State visits Pakistan as US warns over Taliban havens Pakistan has repeatedly denied the charge, insisting it maintains contacts only with the militants as it seeks to bring them to the table for peace talks.
David Moyes West Ham appoint former Everton boss as new manager
Magic utilizing similar principles as Warriors
President Paul Biya of Cameroon marks 35 years in power
Quadri vows to revenge in ETTU Champions League
Why I withdrew Governor Obiano’s security personnel – Police IG Speaks.
See how billionaire businessman Tony Elumelu spent his weekend (photos)
Buhari visit to Southeat
In Poland Pole dies after setting himself on fire in protest Passers-by tried to put out the flames with fire extinguishers, but the man was rushed to hospital in a serious condition
Kidnap suspect’s Evans family makes appearance at Aso Rock meeting
Share
Facebook
Twitter
WhatsApp
Pinterest
Linkedin
ReddIt
Email
Print
Tumblr
Telegram
Mix
VK
Digg
LINE
Viber
Naver