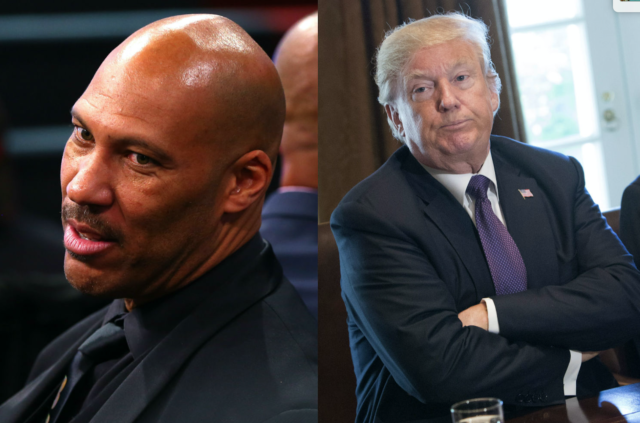 So last week, UCLA Basketball team players LiAngelo Ball and his teammates, Cody Riley and Jalen Hill, were arrested in China, on suspicion of shoplifting.

The rest of their teammates were allowed to go back home to the US while the remaining were not allowed to leave.

The three teammates were allegedly facing a 10 year jailed term, however, Mr. Trump, who was in the middle of a tour of Asia, raised the case with President Xi Jinping of China, and asked him to pardon the players, so they could return home to the US. The Chinese president looked into it and the three players were allowed to return to the United States. 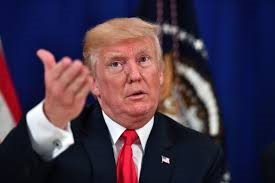 Few hours after the boys arrived the US, Trump lashed out at them for not thanking him for facilitaing their release. However few hours after Trump complained, all three boys had a press confference and thanked the President. 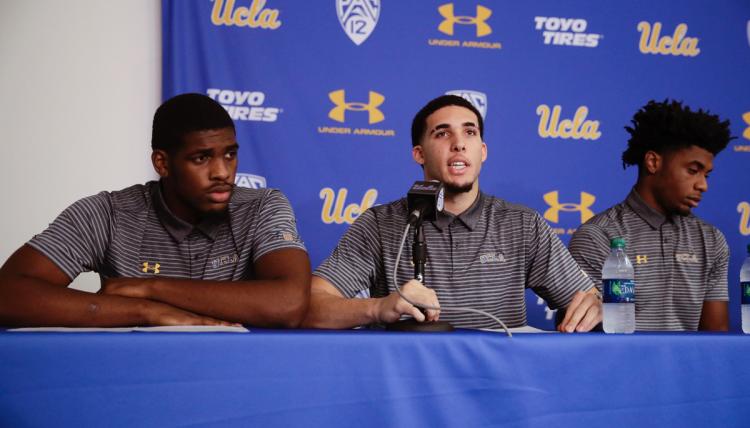 After they thanked him, he took to twitter to acknowledge their gratitude, but then asked them to thank the Chinese President as well. 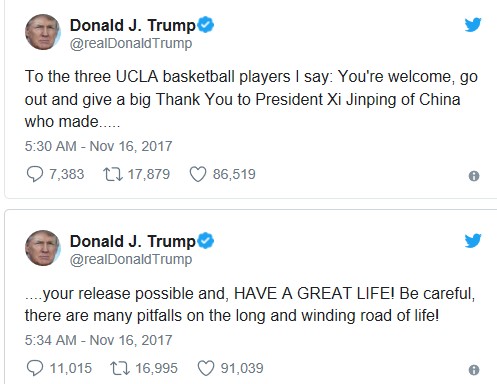 During an interview with ESPN on Saturday, former NBA star LaVar Ball whose son was one of those arrested, LiAngelo Ball said he doubted Trump had been involved in freeing LiAngelo, a freshman at U.C.L.A, and two of his teammates after they were arrested during a team trip to China earlier this month.

“Who?” LaVar Ball said when asked about Trump’s involvement. “What was he over there for? Don’t tell me nothing. Everybody wants to make it seem like he helped me out.”

The following day (Sunday) after LaVar Ball played down President Trump’s involvement in getting LiAngelo safely out of China without any criminal charges, the president fired back on Twitter. 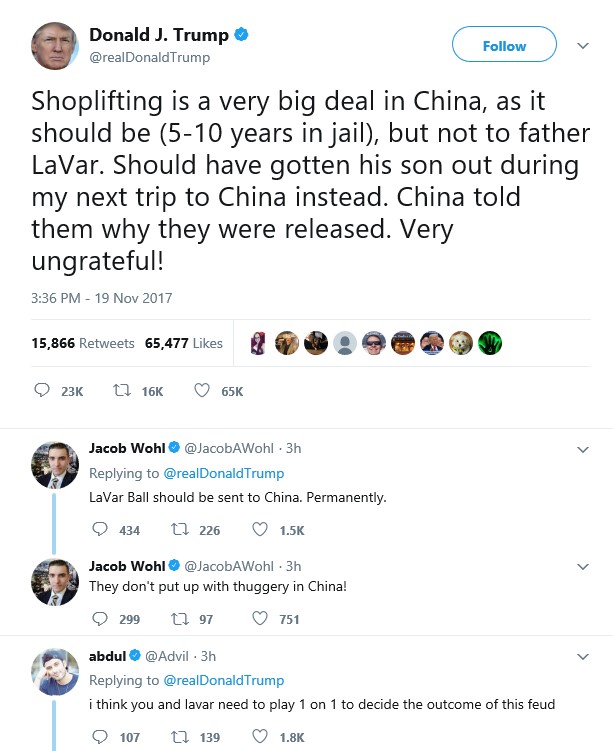 US carriers in rare Pacific op amid North Korea tensions
Punk group attack ‘police state’ on Trump anniversary
Trump-Russia Indictments, guilty plea in probe: What we know Two former Donald Trump associates were indicted Monday and it was revealed another has pleaded guilty to lying to FBI investigators, in the first substantial legal action stemming from the probe into Russia’s US election interference.
Donald Trump arrives in S Korea with focus on Pyongyang
Two former intelligence chiefs blast Trump over Russia comments
Saba – 360
#Budget2018: ‘Nigerians will be better, happier in 2018’
Trump plays round of golf with ‘wonderful people’ Shinzo Abe &amp; Hideki Matsuyama
Trump On a divided peninsula, South Koreans split over US President On the divided Korean peninsula, Seoul has seen protests both for and against President Donald Trump, with Southerners split over his aggressive handling of Pyongyang’s provocations.
Police nab suspect operating with master key
Jose Mourinho Lukaku should be ‘untouchable’, says Manager Jose Mourinho says Romelu Lukaku should be “untouchable” after questioning his treatment by Manchester United’s fans for the second time in three days.
‘My husband tied me to tree’
Photos: Nigerian Man Drinks Mud Water In Fulfillment Of Promise He Made, Should President Buhari Return From London