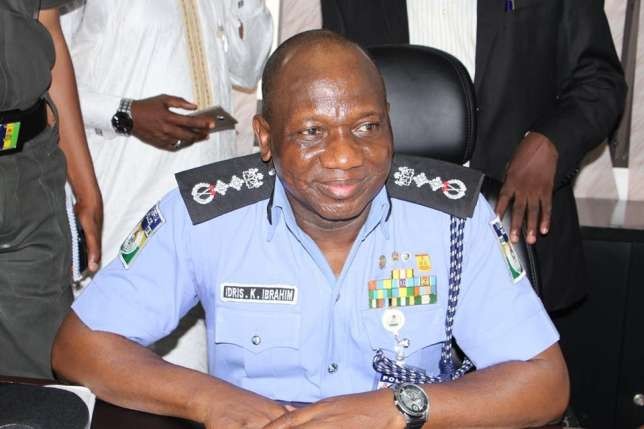 The Inspector-General of Police, Ibrahim Idris, has explained why the Aide Camp (ADC) to Governor Willie Obiano of Anambra was withdrawn.

He said the Police authority withdrew Obiano’s security personnel due to the forthcoming governorship election in the state – and to prevent the re-occurrence of past experience.

According to him, the military had in the past caught an ADC to an unnamed governor escorting a vehicle loaded with arms on Election Day.

It was reported that at the forum, Obiano raised an alarm that he woke up on Tuesday morning to find that his ADC had been directed by the Police High Command to vacate him.

He said the directive had put his life in danger, adding that the action is unacceptable and unfair treatment of his person and office.

The governor stated that his standing for re-election does not remove the fact that he is the Chief Security Officer of the state.

But the IG stressed that the withdrawal was not personal.

He said, “We do not mean anything bad to Anambra governor on this action; his ADC will be returned to him early Sunday morning after the governorship election on Saturday Nov.18.

“We have equally withdrawn all the policemen attached to political appointees, Local Government Chairmen and others in Anambra till after the election.”

However, the Police Force has deployed 26, 000 personnel, 300 vehicles, three helicopters and 15 gunboats for the poll.

Idris added that the deployment of policemen and other security personnel is not to cause panic but to give the people the needed protection.

INEC Chairman, Prof. Mahmood Yakubu said everything is in place for the polls.

Toke Makinwa’s birthday outfit is a Balmain camouflage sequin dress that costs N1.2million
Mother sells daughter for N280,000 to pay debt
US President to decide on North Korea terror list after Asia trip
Punk group attack ‘police state’ on Trump anniversary
Goodluck Jonathan Ex-President says Buhari’s government is full of lies Goodluck Jonathan says the Buhari government thrives on lies and propaganda.
Man commits suicide in Delta after girlfriend dumped him
‘No automatic ticket for President Buhari in 2019’ Governor Rochas Okorocha says
Antonio Guterres Trump says UN boss doing ‘very very spectacular job’ US President Donald Trump jettisoned his past criticism of the United Nations Friday, as he lavished praise on the organization’s Secretary General.
18-year-old Russian student kicked out of college after viral video of her having sex at a club in front of everyone hits the internet
Self Defence ‘I killed my uncle when he tried to rape me’ – Murder suspect The police in Enugu State have arrested a young girl who killed her uncle when he attempted to rape her in his house.
In Yola Police arrest 200 cows for invasion of farm He also commended the herdsmen for accepting responsibility for the destruction by their cattle and their commitment to pay for the damages.
In Kenya Second protester shot dead after fractious vote A second protester was killed in Kenya on Friday as anger raged a day after a divisive election boycotted by the opposition, taking the death toll from two days of protests to eight.
Nigerian Basketballer dies in the USA
Rex Tillerson US Secretary of State visits Pakistan as US warns over Taliban havens Pakistan has repeatedly denied the charge, insisting it maintains contacts only with the militants as it seeks to bring them to the table for peace talks.
iPhone X How to hack the new iPhone’s Face ID feature
Deaths in Kogi State over Several Months Unpaid Salaries Worker Cry Out
16yr old girl remanded in prison for stabbing 20yr old lover to death
Photos from President Buhari’s dinner with the leadership of National Assembly at the State House
India rounds up beggars ahead of Ivanka Trump’s visit
Monkeypox Virus now in 11 states The ministry of health’s spokesman, Mrs Boade Akinola made this known in a statement issued on Friday in Abuja.
Share
Facebook
Twitter
WhatsApp
Pinterest
Linkedin
ReddIt
Email
Print
Tumblr
Telegram
Mix
VK
Digg
LINE
Viber
Naver
Previous articleFederal Government to raise N311b from assets sale
Next articleBuhari visit to Southeat