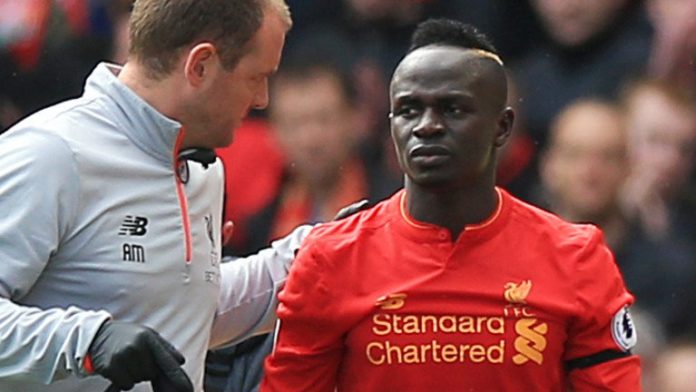 Liverpool and Senegal forward Sadio Mane has returned to the English Premier League club earlier than scheduled after tweaking his hamstring on international duty, the Senegal Football Federation has said.

The 25-year-old made crucial contributions for Senegal as they sealed a berth in the 2018 World Cup finals with a 2-0 win over South Africa on Friday.

“Following the match between South Africa and Senegal on Friday, Sadio Mane slightly felt his old injury,” the Senegal Football Federation said in a statement on Monday.

“After consultations between the medical staff of the national team of Senegal and Liverpool it was decided by mutual agreement to make him available to his club to continue treatment until full recovery.”

Mane missed five games for Liverpool after sustaining the hamstring injury on Senegal duty in September and returned in the Merseyside club’s league win over West Ham United earlier this month.

Liverpool are fifth in the league and host Mane’s former club Southampton, who are 13th, on Saturday.

Self Defence ‘I killed my uncle when he tried to rape me’ – Murder suspect The police in Enugu State have arrested a young girl who killed her uncle when he attempted to rape her in his house.