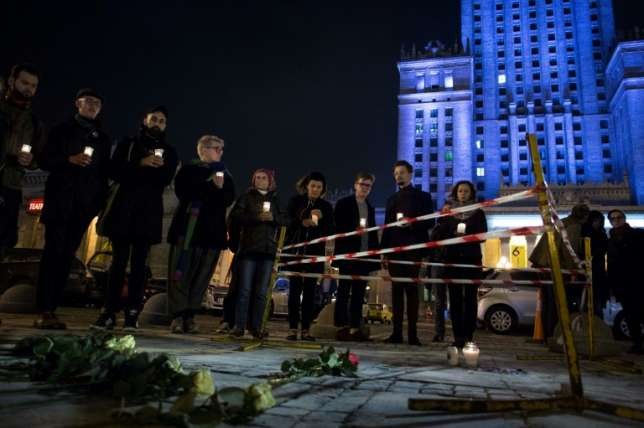 A man who set himself on fire in Warsaw earlier this month has died, Polish media reported Monday, with his family saying he acted in protest against Poland’s rightwing government.

The 54-year-old man identified only as Piotr S. died Sunday after “failing to regain consciousness”, according to an obituary notice posted by OKO.press, an independent Polish website.

Piotr S., who was reportedly battling depression, set himself on fire on October 19 in front of Warsaw’s Stalinist-era Palace of Culture, after throwing protest leaflets and shouting “I’m protesting!”

Passers-by tried to put out the flames with fire extinguishers, but the man was rushed to hospital in a serious condition.

Poland’s TVN channel quoted the man’s daughter on Monday as saying that “his action was a political statement and had nothing to do with his illness (depression).”

“I love freedom first and that is why I decided to immolate myself and I hope that my death will shake the consciences of many people,” Piotr S. wrote, identifying himself as “an ordinary man, just like you.”

He accused Jaroslaw Kaczynski, head of the governing Law and Justice (PiS) party, of “having blood on his hands”.

Poland’s foreign minister in August denied accusations his EU country was drifting towards authoritarianism amid a string of government reforms that have triggered mass protests at home and warnings from the EU.