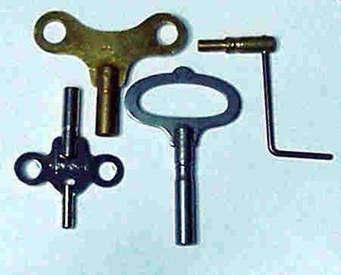 He said the suspect, 21, a commercial car washing operator, was nabbed on November 18, about 4 pm, on Chime Avenue, New Haven, Enugu.

Amaraizu said his arrest followed a distress call the command received from the public.

He said the suspect went to the avenue, about 4pm, to ransack a Mercedes Benz Sport Utility Vehicle (SUV) parked at a wedding venue.

“While the event lasted, the suspect allegedly got access to the SUV with his master key.”

Amaraizu said the suspect was arrested following a tip-off by the public.

“The suspect confessed that he goes to occasions where he spies his victims and entered their cars, steals money or valuables and thereafter locks the vehicle,” he said.

The spokesman said the suspect was helping the police in their investigation.

Nine dead, many injured in accidents
In Bayelsa Police draft 16 gunboats, 6, 000 policemen to creeks
Union urges IGP to probe shooting of students in Ibadan
Why I withdrew Governor Obiano’s security personnel – Police IG Speaks.
In Yola Police arrest 200 cows for invasion of farm He also commended the herdsmen for accepting responsibility for the destruction by their cattle and their commitment to pay for the damages.
Trump emissions threat to US car industry
‘Catalonia Is Spain!’ Crowd chants at Barcelona rally That was a reference to the decision by Catalonia’s two biggest banks to move their legal headquarters to other parts of Spain in recent weeks due to the political tension.
Punk group attack ‘police state’ on Trump anniversary
Nigerian Basketballer dies in the USA
Toke Makinwa’s birthday outfit is a Balmain camouflage sequin dress that costs N1.2million
18-year-old Russian student kicked out of college after viral video of her having sex at a club in front of everyone hits the internet
‘It’s better to be single than being in a relationship where you still feel very much alone’ – Omowunmi Akinnifesi advices Ladies
16yr old girl remanded in prison for stabbing 20yr old lover to death
Five of the best American cars
18-year-old pregnant mother-of-one and her husband reveal why they went into robbery
Stray cat a suspect in attempted murder In Japan
In Kenya Second protester shot dead after fractious vote A second protester was killed in Kenya on Friday as anger raged a day after a divisive election boycotted by the opposition, taking the death toll from two days of protests to eight.
Man commits suicide in Delta after girlfriend dumped him
Face Of Evil How policeman abducted 14-yr-old girl, raped her for days… Ruptured private parts A police officer attached to the Anambra Police Command has been accused of abducting and raping a 14-year-old girl, rupturing her vagina in the process.
Self Defence ‘I killed my uncle when he tried to rape me’ – Murder suspect The police in Enugu State have arrested a young girl who killed her uncle when he attempted to rape her in his house.
Share
Facebook
Twitter
WhatsApp
Pinterest
Linkedin
ReddIt
Email
Print
Tumblr
Telegram
Mix
VK
Digg
LINE
Viber
Naver