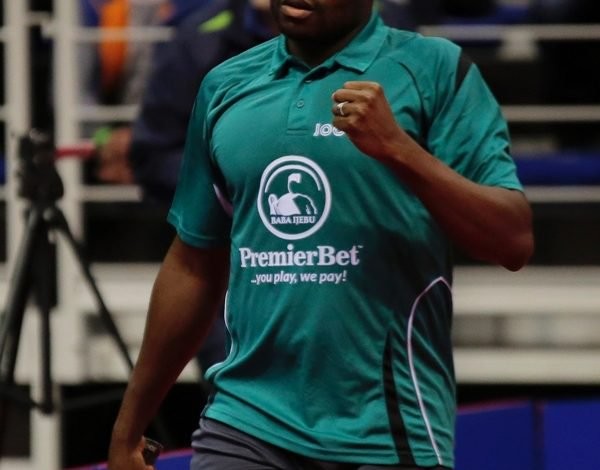 After losing to world number seven, Japan’s Jun Mizutani in the round of 16 of the ITTF World Cup, Aruna Quadri has admitted that the Japanese star did not give him a breathing space in the encounter.

Quadri who finished second in Group A to advance to the main draw of the tournament believes that he can avenge the loss when both players meet against this week at the European Table Tennis Union (ETTU) Champions League.

“I was actually praying to avoid Ma Long in the main draw of the competition; I never knew that Mizutani was going to be difficult. I was actually ready for him but he did not give me any breathing space at all as he was all over me. I think he was too much for me to handle. I hope when we meet against this week in ETTU Champions League, I will try and trouble him as well,” Quadri said.

The 2017 Polish Open champion, however, said that with the performance of Omar Assar and himself at the tournament, they have been able to prove that Africa is no pushover in the sport.

“Two of us came from Africa into this competition and we were able to qualify to the main draw and I think this has got to show that Africa is improving. Making the main draw is no child’s play because for any player that featured in the competition as it is only the top best across the globe that competed. We played well and we a good account of ourselves. Also we lost to top seven players in the world. I think this is indeed a new dawn for Africa and we must capitalize on this rare opportunity to make the game more vibrant in the continent,” Quadri added