Self Defence ‘I killed my uncle when he tried to rape me’ – Murder suspect The police in Enugu State have arrested a young girl who killed her uncle when he attempted to rape her in his house. 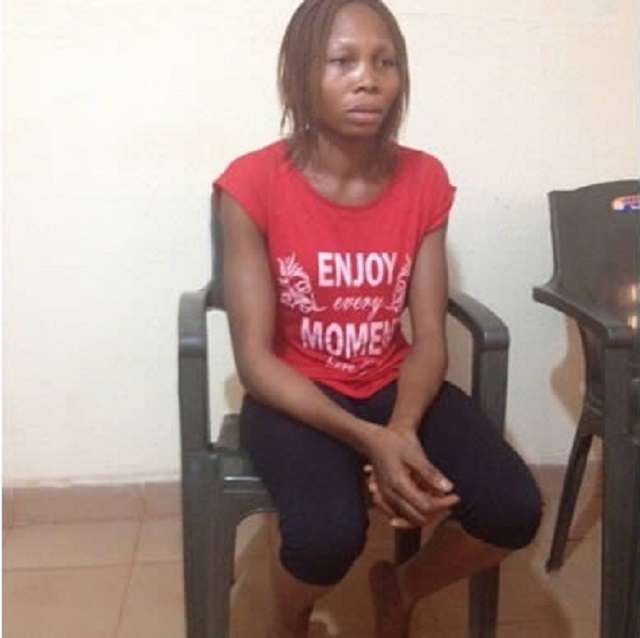 The Enugu State Police Command has arrested a 22-year-old lady, Tina Rebecca Sunday, for allegedly killing her uncle, Friday Matthew, who tried to rape her before fleeing from the scene.

Punch reports that Sunday, a native of Ikot Udobang in Ukanafun Local Government Area of Akwa Ibom State, killed the sex-starved Matthew when he attempted to rape her at his home at Ezilo Street, Independence Layout, Enugu.

The State Police Public Relations Officer [PPRO], SP Ebere Amaraizu who confirmed the incident in a statement, said Sunday had been living with the uncle and he had sexually molested her several times before the day she put up a resistance which led to his death.

According to SP Amaraizu, the suspect claimed that the 48-year-old uncle was fond of making sexual advances to her which she declined.

“The girl disclosed that on the day of the incidence at about 8.30 pm, she was lying down expecting the deceased’s 10-year-old son, Thankgod Friday, whom she had she sent to buy sugar to return when her uncle thought that she was sleeping and tried to rape her.

The girl then got up instantly and in a bid to resist the uncle, kicked him on his scrotum which angered the deceased who consequently became violent.”

SP Amaraizu went further to state that as the deceased was struggling with the girl, she headed for a stone near the door which she used in hitting his cheek.

“The suspect further disclosed that following the hit of the stone on the cheek of the uncle, he fell down and became unconscious and later died.”

The PPRO also quoted the girl as saying:

“It was not my intention to kill him as I never intended to do so although he has disturbed me sexually several times.”

SP Amaraizu noted that when the child of the deceased returned to meet the lifeless body of his father, the suspect ordered him not to shout so as not to attract attention, promising to take care of the young boy.

“She immediately locked up the house and went away with the boy and dropped him at one of their aunt’s place and disappeared.

When the police operatives of the New Haven Division Command got the report, they swung into action swiftly and was able to arrest the escaping suspect who is now helping the operatives in their investigations.

The suspect is now regretting her action and begging the police to forgive her as she never intended to kill the uncle,” the statement concluded.