Lol..See the frightful statue of former Chelsea star Micheal Essien that was unveiled in Ghana (Photos) 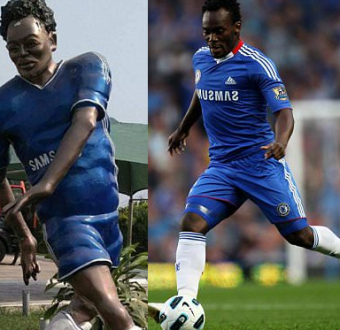 Lol..See the frightful statue of former Chelsea star Micheal Essien that was unveiled in Ghana (Photos)

A statue of the former Chelsea midfielder, Micheal Essien, has been erected in his homeland of Ghana and it obviously looks frightful.

The awful sculpture of Michael Essien which shows him in Chelsea’s iconic blue home strip was erected in Kumasi a few years ago, but the artist is unknown.

Saddick Adams, a sports journalist based in Ghana tweeted a photo of the statue, informing Essien it was a “beautiful gift”. 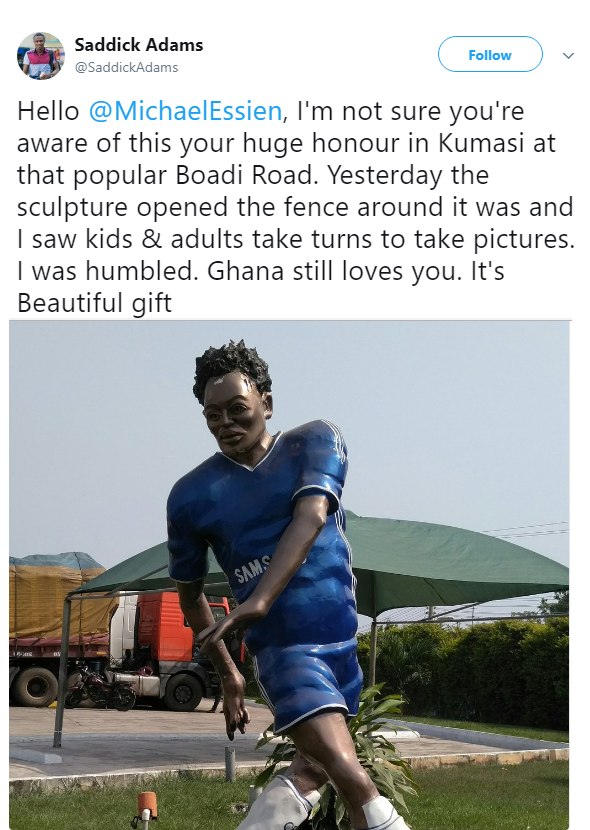 Over the years, we have seen abysmal statues of great footballers like Cristiano Ronaldo and Diego Maradona, but Michael Essien’s recent statue has been described as the worst of them all.

Essien who currently plays for Indonesian club Persib Bandung,  made 256 appearances for Chelsea between 2005 and 2014. He also helped the Blues to win nine trophies, including two Premier League titles. 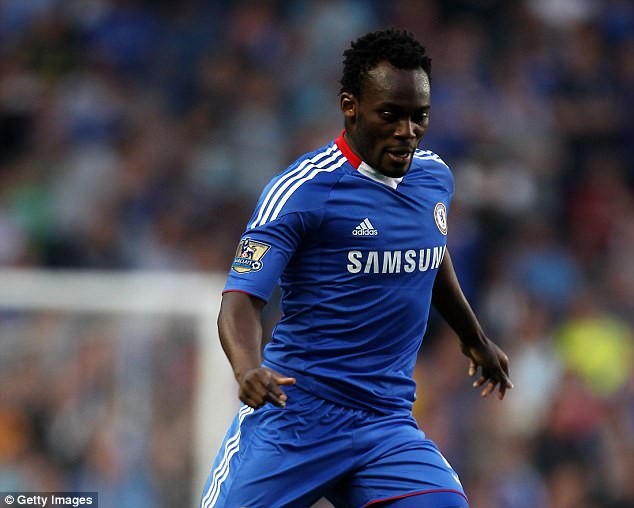 ‘My talent is as big as my ass’ – Ghanaian curvaceous actress, Moesha Buduong brags (Photos)
President Buhari prays for ex-President on 60th birthday
‘Mugabe must go’ See the mammoth crowd that came out to protest against Zimbabwe’s Robert Mugabe today (photos/video)
Chelsea 1 Vs 0 Manchester United 5 things we learnt from Super Sunday game
DSS, EFCC Clash Sagay asks Magu to report to Buhari
Former Indomitable Lions of Cameroon player, Massing Benjamin found dead
President not interested in automatic ticket in 2019 – Kalu
‘I was never banned at any time from entering America’ – President Buhari replies Atiku
Atiku Ex-VP could ask for Obasanjo’s help for 2019 presidential election
Pogba set to return after international break
Kalu 10 Million Nigerians will vote for Buhari in 2019, says ex-governor
Victor Moses Chelsea wing-back player ruled out for 4 weeks with hamstring injury After a scan, Chelsea initial diagnosis put the recovery time of the wing-back at a minimum of four weeks.
Ogun State Commissioner for Commerce and Industry, Bimbo Ashiru resigns
Photos: Many feared dead, scores injured as suspected Fulani herdsmen attack Benue community
Hundreds block Guatemala roads to demand president step down Hundreds of protesters blocked roads in Guatemala on Tuesday to demand that President Jimmy Morales step down because of accusations of corruption stemming from his 2015 election campaign.
Donald Trump lashes out at LaVar Ball for being ungrateful for his son’s release for shoplifting in China
Antonio Guterres Trump says UN boss doing ‘very very spectacular job’ US President Donald Trump jettisoned his past criticism of the United Nations Friday, as he lavished praise on the organization’s Secretary General.
Drogba May Replace Emenalo as Chelsea’s Sporting Director