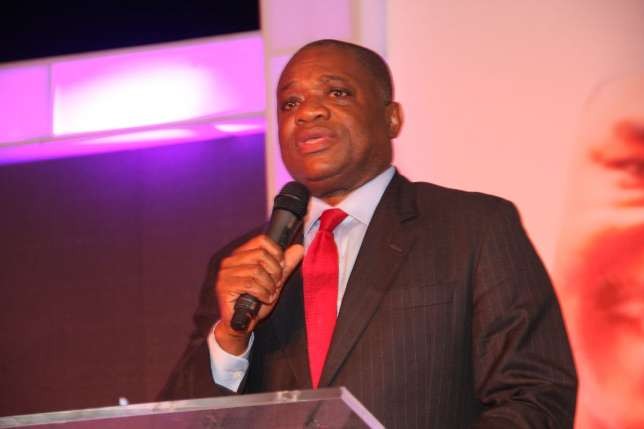 Kalu said Buhari was under restraint not to expose the gargantuan corruption that took place at the Nigerian National Petroleum Corporation.

Former Abia governor, Dr Orji Kalu, said on Saturday that President Muhammadu Buhari might not be interested in getting an automatic ticket to re -contest.

Kalu told newsmen at the Murtala Muhammed International Airport, Lagos, that the president would prefer a situation where other candidates would explore the democratic process to test their popularity.

“Buhari himself is not even looking for automatic ticket.

“He is a man that is very fair and free in what he does.

“And his feeling is that if any candidate is willing to contest against him, he should come out.

“So President Buhari is also feeling that an automatic ticket for him is not right.

“He believes that the political space should be opened up for other people who also want to contest and he wants an open primary (elections) to take place,” he said.

He said he would support Buhari should he indicate interest to run for a second term.

“I have said it times without number, that the president needs to consolidate on his achievements because he is very popular.

“He is still the only person carrying 15 million votes in his back despite his tenure being besieged by illness.

“So the president genuinely deserves a second tenure,’’ Kalu said.

He also ruled out the chances of the opposition Peoples Democratic Party (PDP) coming back in 2019.

Kalu said Buhari was under restraint not to expose the gargantuan corruption that took place at the Nigerian National Petroleum Corporation (NNPC).

He said if Nigerians knew what happened at NNPC, they would not allow any of the looters to run away from the country.