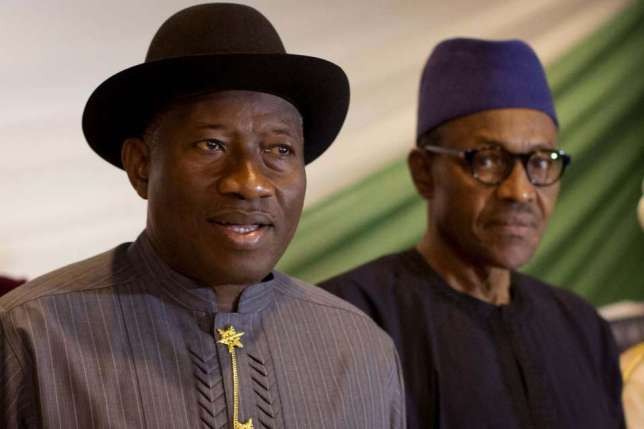 President Muhammadu Buhari has felicitated with former President Goodluck Jonathan on his 60th birthday, which comes up on Monday.

Buhari’s congratulatory message is contained in a statement issued by the Special Adviser to the President on Media and Publicity, Mr Femi Adesina, in Abuja on Sunday.

The President joined members of the Peoples’ Democratic Party, professional colleagues, associates of Jonathan, and his family in celebrating the unique history of the Nigerian leader.

He noted that the former president, within a short period rose from being a Deputy Governor, Governor, Vice President to becoming Nigeria’s President for six years.

According to him, Jonathan’s foray into politics and ascendency to the highest political office in Nigeria from a humble riverine background testifies to the greatness and inclusiveness of Nigeria’s democracy, and serves as an invitation to all those with interest to add value to the nation.

President Buhari prayed that the almighty God would bless the former president with good health, wisdom and strength to continue serving the country.

Former President Jonathan, who has been described as the luckiest politician of Nigeria’s political history, was born in Otueke, Bayelsa state, on Nov. 20 1957.

Before he entered politics in 1998, Jonathan worked as an education inspector, lecturer, and environmental-protection officer.

Jonathan had also served as Deputy Governor and later as Governor of Bayelsa from 2005 to 2007.

The former President had served as Vice-President, acting President, and later as Nigeria’s President from 2010 to 2015, following the death of President Umaru Yar’Adua.

He lost the presidency to President Muhammadu Buhari in 2015