Hundreds block Guatemala roads to demand president step down Hundreds of protesters blocked roads in Guatemala on Tuesday to demand that President Jimmy Morales step down because of accusations of corruption stemming from his 2015 election campaign. 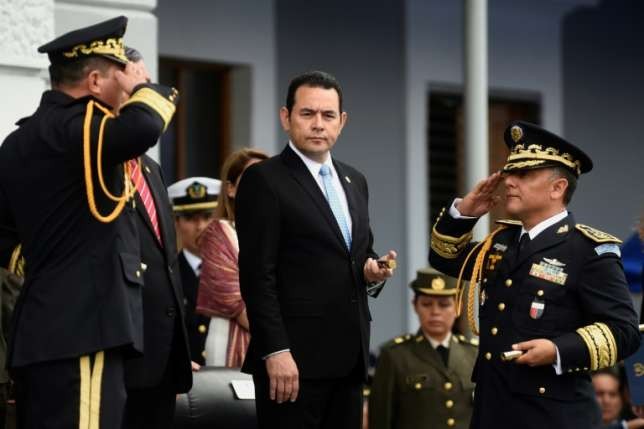 Hundreds of protesters blocked roads in Guatemala on Tuesday to demand that President Jimmy Morales step down because of accusations of corruption stemming from his 2015 election campaign.

The demonstrators were mostly from rural and indigenous communities. The national roads authority said main roads in the Central American country were blocked at at least seven locations.

A leader of the rural group organizing the protest, Neftali Lopez, said the demonstrators wanted Morales to resign “for corruption” and facilitating organized crime, a purge of Congress, and graft investigations against Guatemala City’s mayor and a former president, Alvaro Arzu.

He succeeded Otto Perez, who had to step down when a corruption scandal implicating him exploded into street protests and ended with him in jail pending a trial.

But Morales’ star has tumbled since, with a UN-backed anti-corruption body, the International Commission Against Impunity in Guatemala (CICIG in Spanish), demanding the president’s immunity be lifted so he can be investigated for suspected illegal campaign financing.

Morales responded by trying to boot out the Colombian head of the CICIG, prompting a public and international uproar. Guatemala’s top court voided his order.

Congress has held two votes on whether to withdraw Morales’ immunity, but each time the motion has failed to gather the 105 votes necessary.