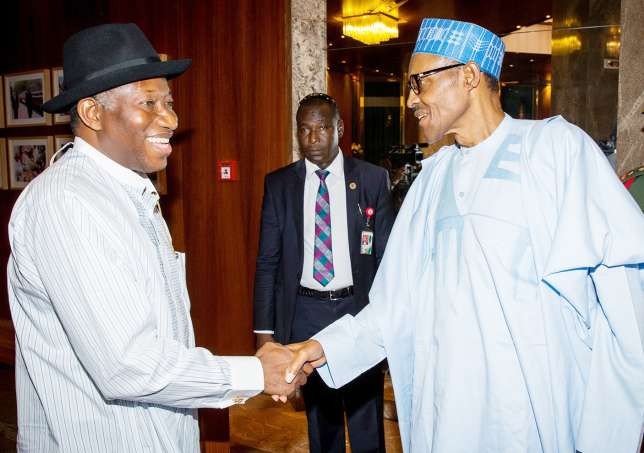 Jonathan stated this when he received one of the national chairmanship aspirants of the Peoples Democratic Party (PDP) Prof. Tunde Adeniran and members of his campaign team in Abuja on Thursday, October 19, 2017.

The former president noted that the PDP performed well during its sixteen years in power.

Jonathan also took a swipe at the minister of power, Babatunde Fashola.

“The PDP administration for 16 years did well and will continue to do well but this administration has done nothing. They deploy propaganda and lies at a professional level,” Jonathan said.

“In the power sector, we did well to revive it.  A state governor attacked our government, saying that any serious government should be able to fix the power challenge within six months.

“Today, APC has been in power for how many years now? Fortunately, the then governor is in the APC government as a minister,” he added.

The former president advises the PDP to elect a competent, reliable and courageous national chairman who will lead the party to victory come 2019.