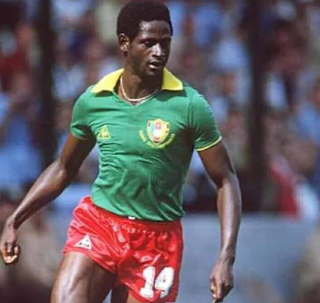 The 55-year-old former Indomitable Lion central defender was found dead this morning at his home in Edea, Cameroon. 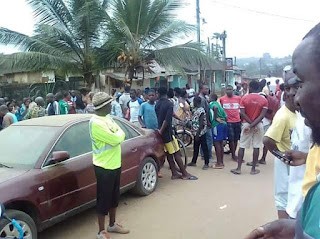 Massing, who played professionally for, among others, France’s US Créteil-Lusitanos (1987–91), was picked up for Cameroon’s squad for the 1990 FIFA World Cup, where he was famously sent off in the opening game for a spectacular foul on Argentina’s Claudio Caniggia (in a 1–0 shock win). 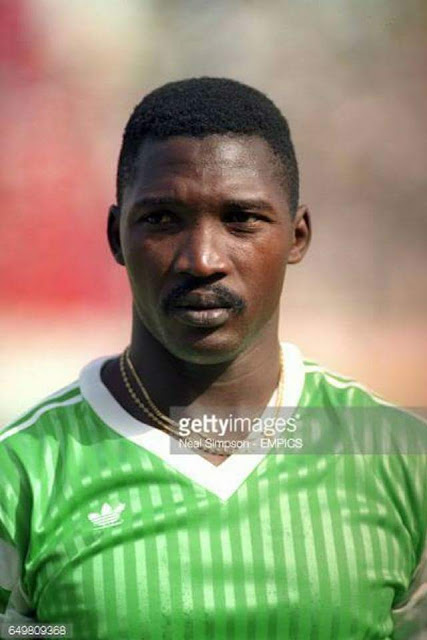 Massing also appeared in the quarterfinal loss against England (2–3) where he was booked, conceding a penalty for committing a foul on Gary Lineker.

Previously, in the match against Argentina, he received another caution, after bringing down Diego Maradona. 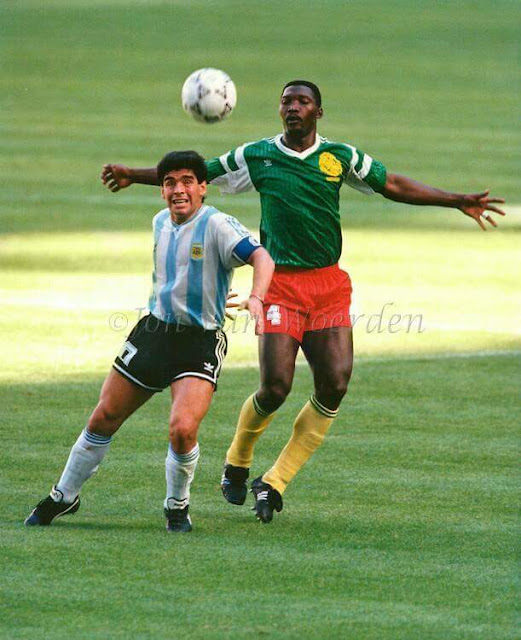 Internationally Massing, who gained 21 international caps in four and a half years, also took part in three Africa Cup of Nations, namely the 1992 edition while playing for Olympic Mvolyé. He has led a modest private life since. 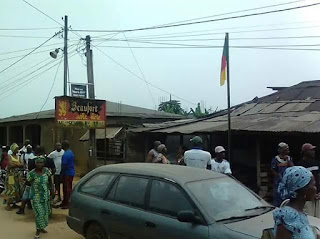 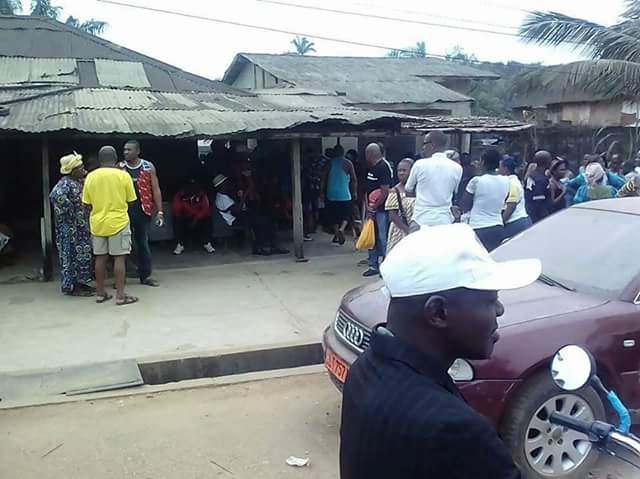 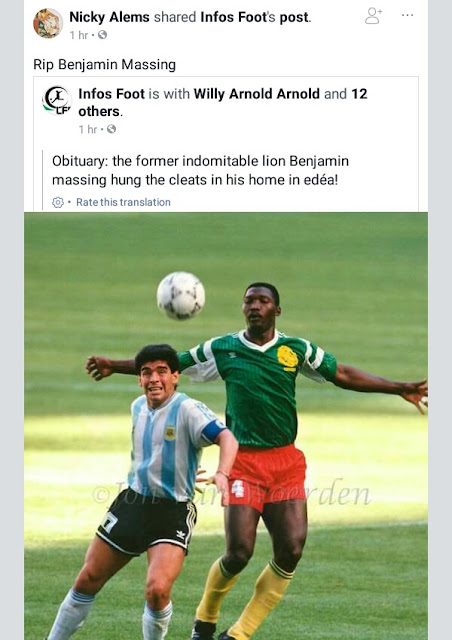 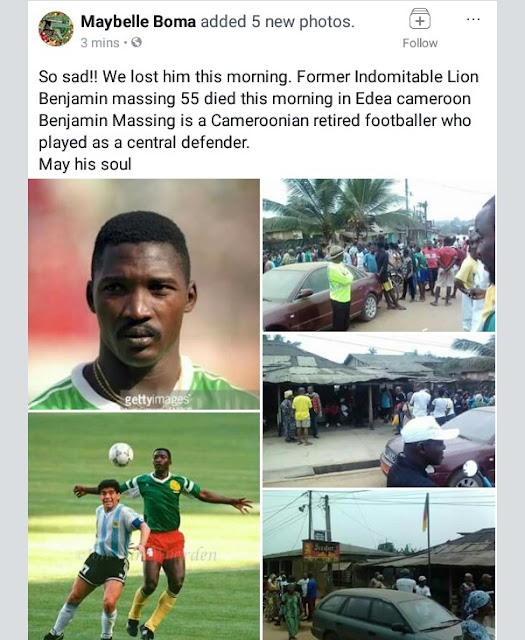 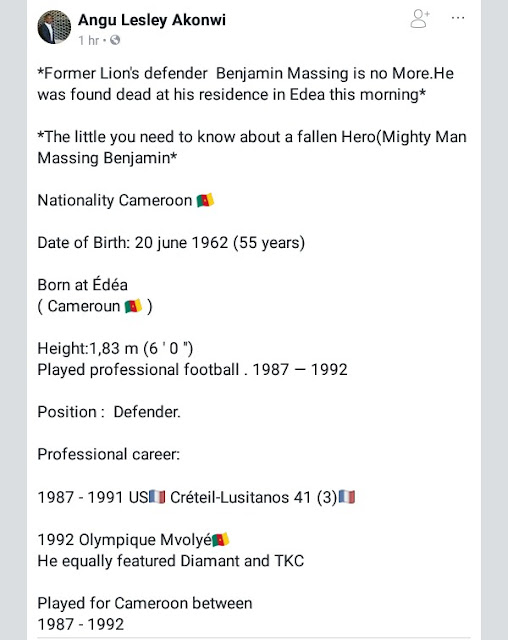 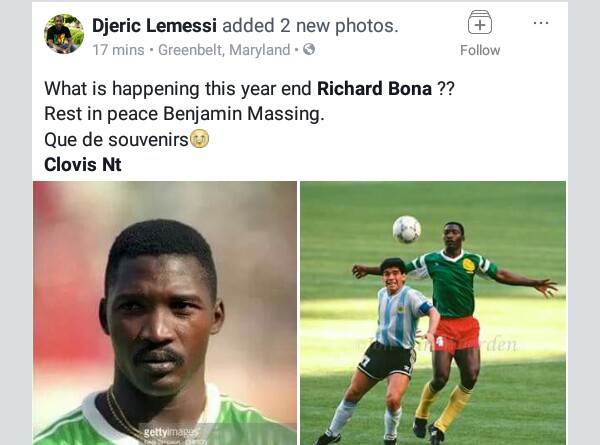 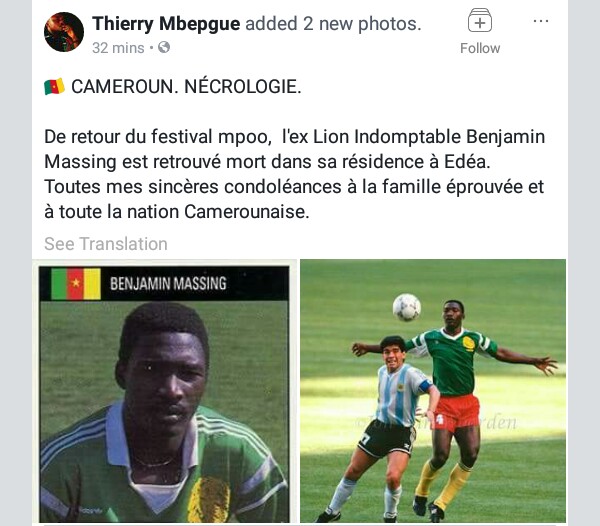 Former Minister of Foreign Affairs, Oluremi Adeniji, dies at 83
Madrid left back Marcelo in £437,000 tax charge
Stray cat a suspect in attempted murder In Japan
Olympic weightlifter sells his gold medal to raise money for Iran earthquake victims
Ritual Murder Headless body of young girl found inside suitcase in Edo [Graphic Photos] The headless body of a young lady has been discovered stuffed inside a suitcase and dumped by the roadside in Edo State.
Ogun State Commissioner for Commerce and Industry, Bimbo Ashiru resigns
Messi Barcelona striker’s bronze structure hacked down in Argentina
President Buhari approves the immediate treatment of Alex Ekwueme outside the country
Quadri commands respect among top players – Adomeit
Robert Mueller Straight-shooting former FBI chief Robert Mueller, the former FBI director heading the probe into alleged collusion between the Trump election campaign and Russia, has earned a reputation of being a straight shooter who could be right out of Hollywood’s central casting.
Pierre-Emerick Aubameyang: How Afoty nominee helped put Gabon on the map
President Buhari prays for ex-President on 60th birthday
In Kenya Second protester shot dead after fractious vote A second protester was killed in Kenya on Friday as anger raged a day after a divisive election boycotted by the opposition, taking the death toll from two days of protests to eight.
Donald Trump lashes out at LaVar Ball for being ungrateful for his son’s release for shoplifting in China
In India Journalist shot dead in northern India: police A journalist was shot dead by three gunmen in northern India on Saturday, police said, the latest attack on media in one of Asia’s deadliest countries for reporters.
Kalu 10 Million Nigerians will vote for Buhari in 2019, says ex-governor
President Paul Biya of Cameroon marks 35 years in power
Nigeria’s anti-Boko Haram general Attahiru Ibrahim sacked
CAF African Player of the Year 2017 Moses, Mane, Salah make 11-man shortlist; Troost-Ekong excluded

Share
Facebook
Twitter
WhatsApp
Pinterest
Linkedin
ReddIt
Email
Print
Tumblr
Telegram
Mix
VK
Digg
LINE
Viber
Naver
Previous articleHaley on Trump accusers: ‘We should all be willing to listen to them’
Next articleNobel Peace Prize winners warn the world is ‘one tantrum away’ from nuclear crisis