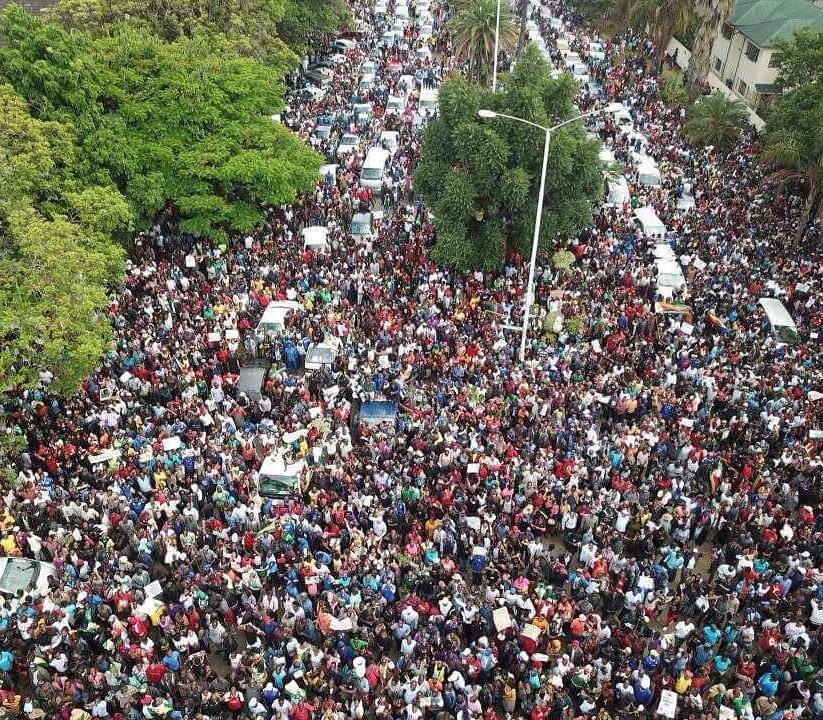 Going by the mammoth crowd that came out in protest today, it appears Zimbabweans were already tired of Robert Mugabe’s government and wanted him out. They came out en-masse today to publicly declare they do not want him as their leader anymore. See more photos from the protest below 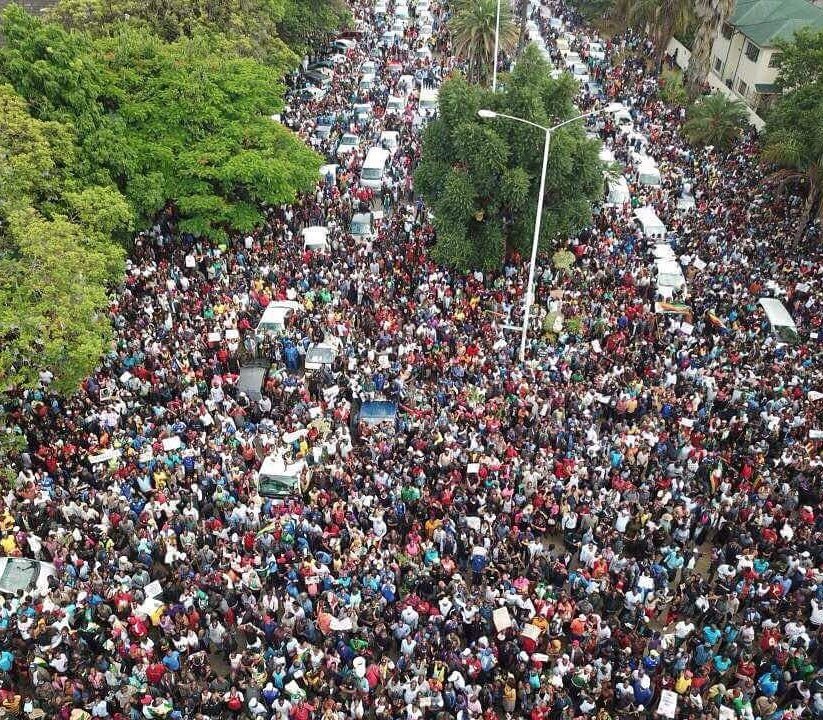 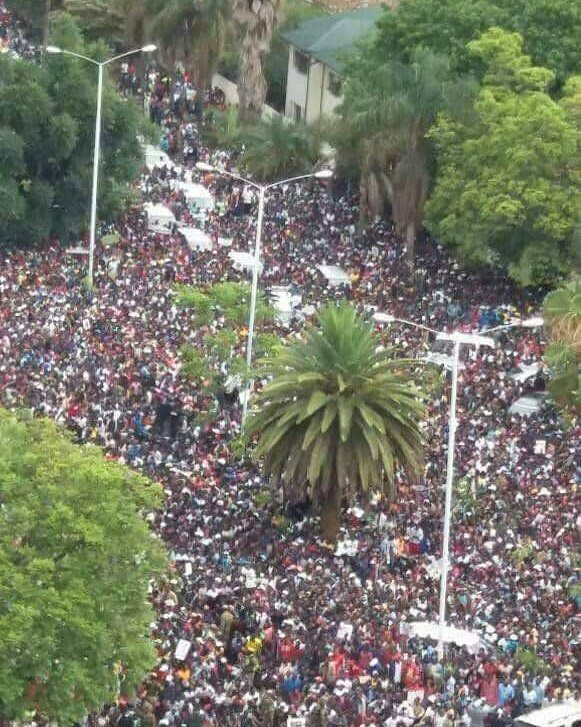 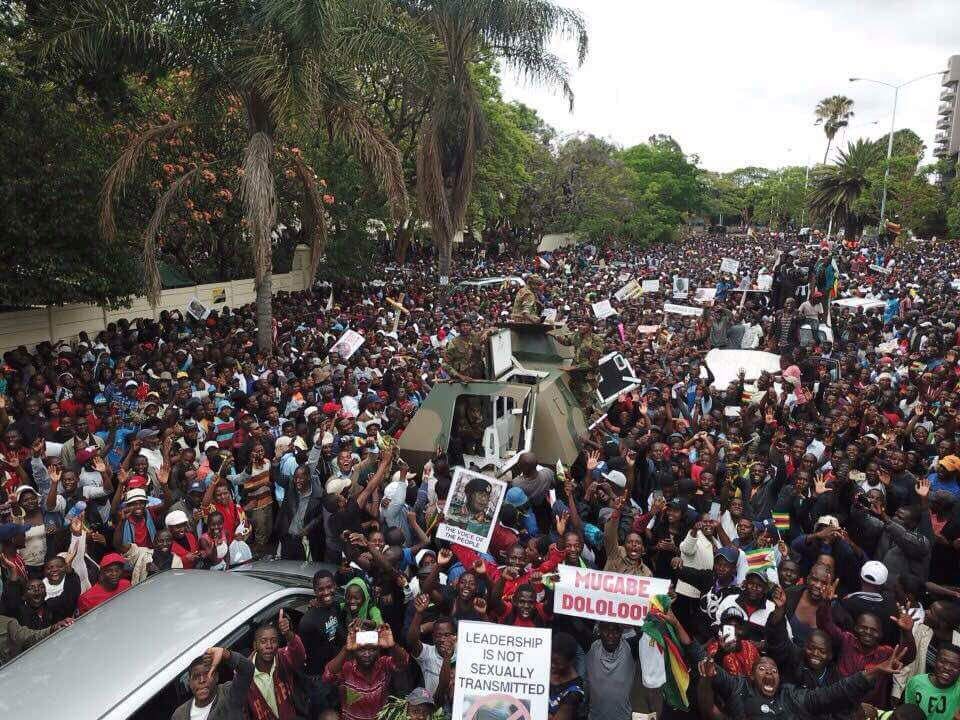 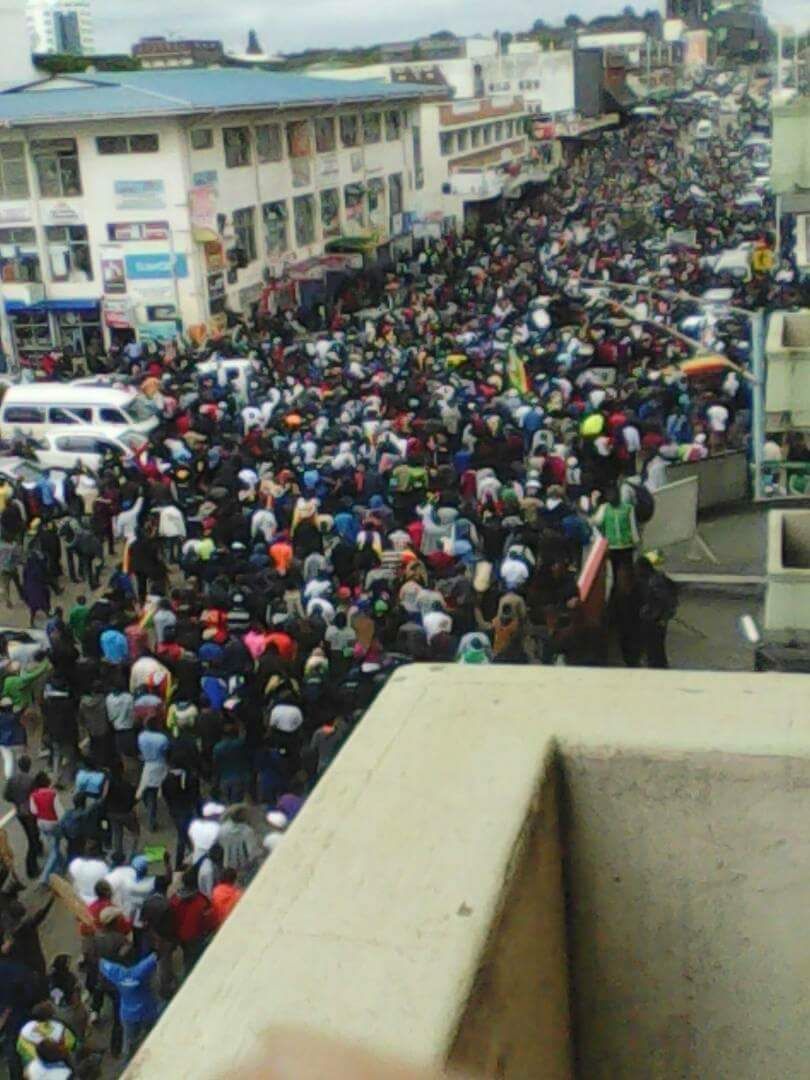 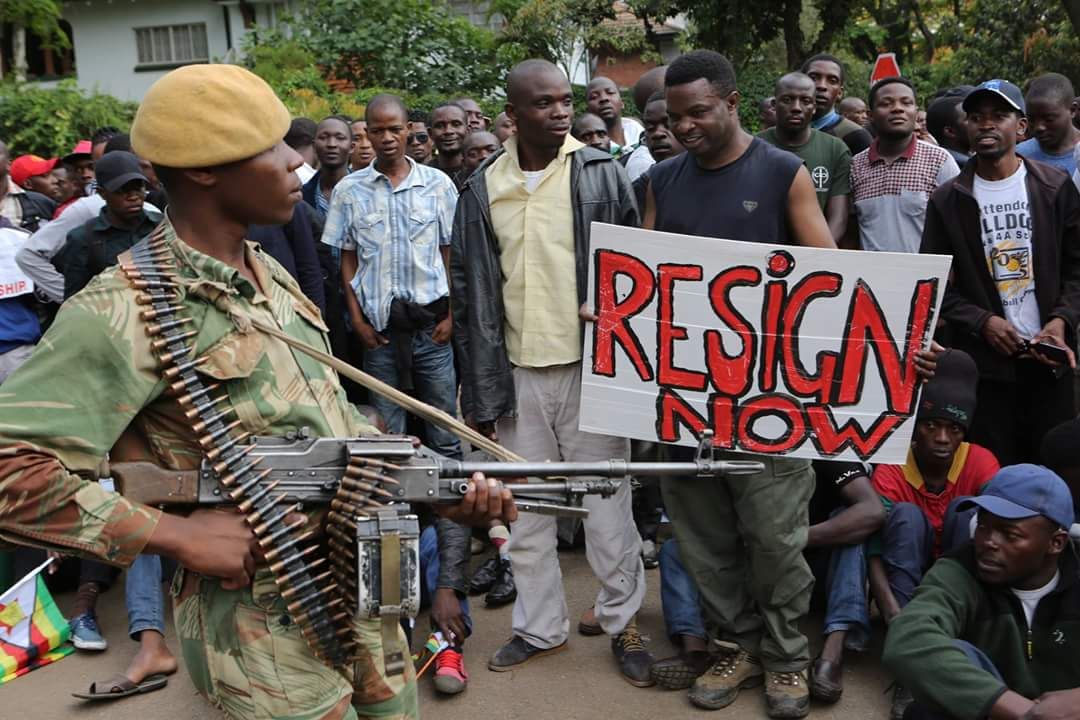 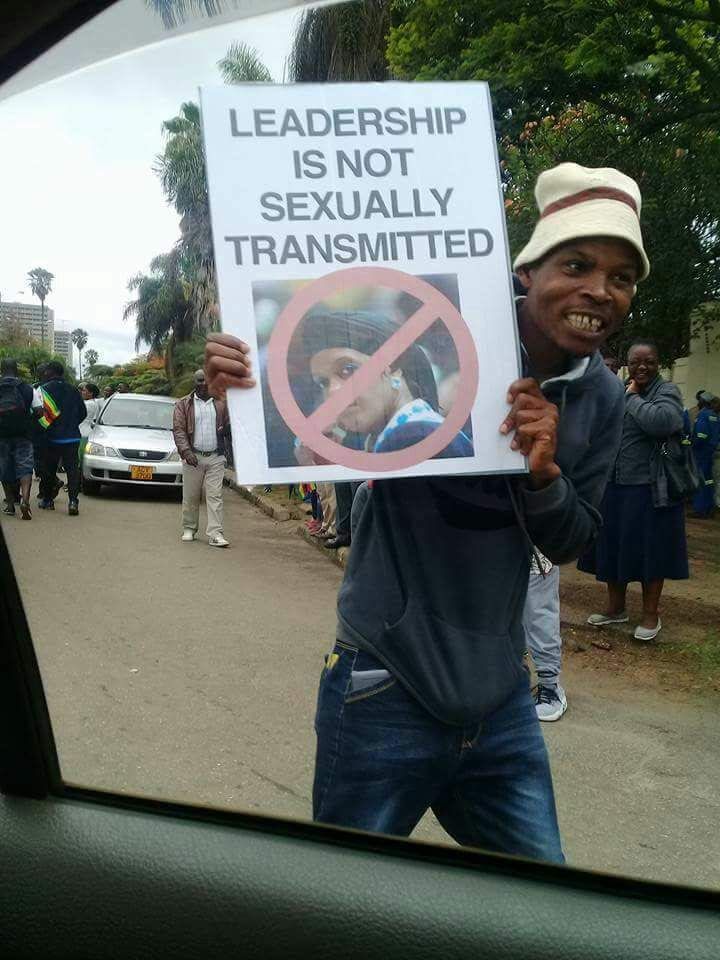 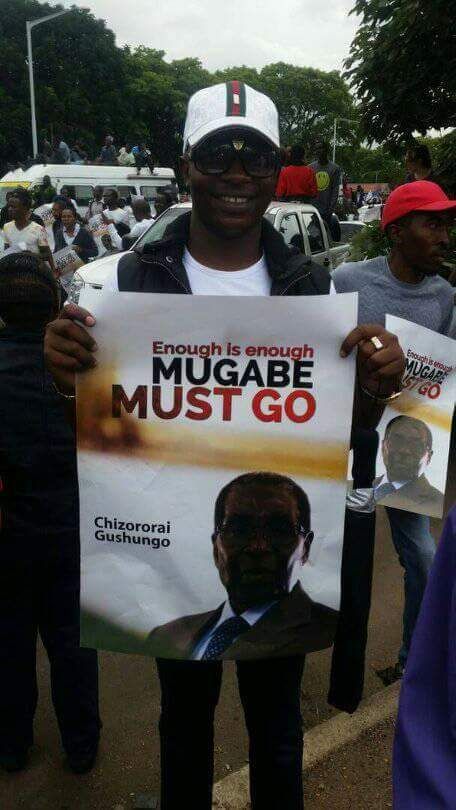 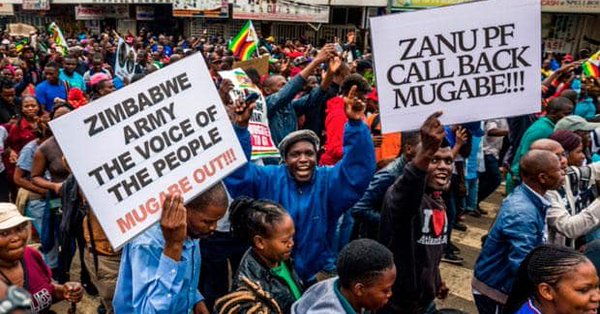 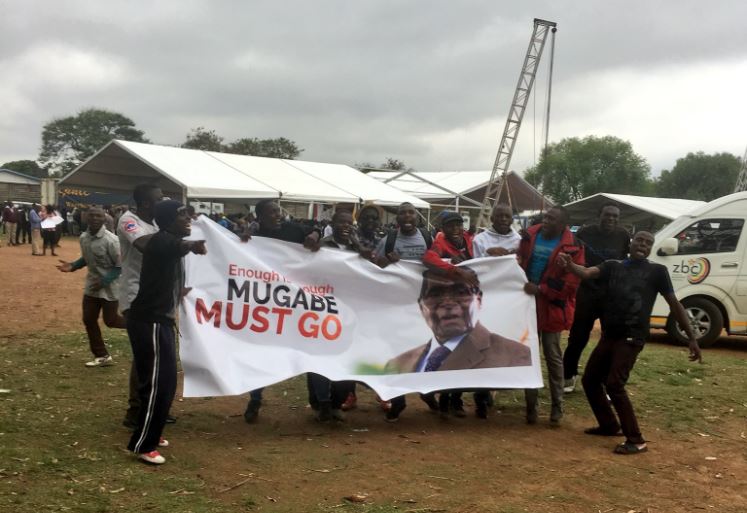 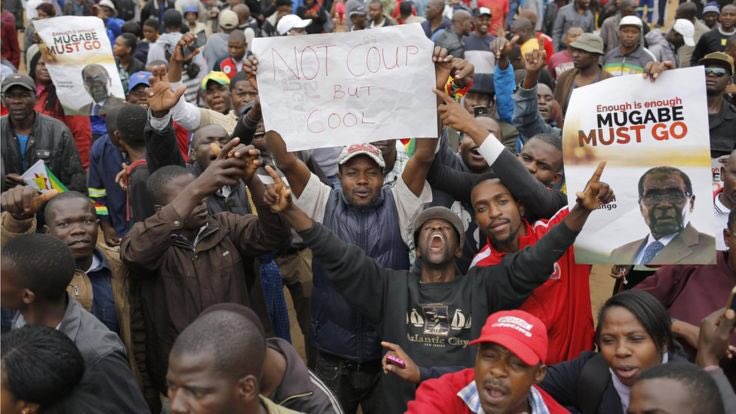 Watch a clip from the protest below

Today, Zimbabweans are not smiling. Anti-Mugabe protest in progress. All the very best, people, especially with the rebuilding efforts to follow pic.twitter.com/MzqLdrAucE

See the shocking thing a woman did to her stepdaughter in Lagos
See what Cardi B looks like without makeup
‘This is one picture that I wish my mum was alive to see’ – Davido says as he shares portrait with Oba of Benin, Oba Ewuare II
Grace Mugabe The lavish former 1st lady of Zimbabwe who built a palace for herself
A Lion and his Cub ?! DJ Khaled throws lavish “Lion King” themed Dance Party for Baby Asahd’s 1year Birthday
Zimbabwe politics: Mugabe sacks ‘disloyal’ Mnangagwa
Sia – The Greatest
‘When a man calls you a whore, call his mother a whore too..it hurts them so bad’ – Anita Joseph speaks out against slut shaming
The xx- Dangerous{@The_xx}
Christina Aguilera shares semi-nude throwback photos of herself
‘Catalonia Is Spain!’ Crowd chants at Barcelona rally That was a reference to the decision by Catalonia’s two biggest banks to move their legal headquarters to other parts of Spain in recent weeks due to the political tension.
Stunning new photos of Nigerian transgender, Miss Sahhara
Hollywood actor Robert Guillaume dies at 89
Cossy Orjiakor Our Drama Queen is back with more bosom After being away from the public eye for a while now, this actress is finally back with more booby ransom to give away.
Robert Mueller Straight-shooting former FBI chief Robert Mueller, the former FBI director heading the probe into alleged collusion between the Trump election campaign and Russia, has earned a reputation of being a straight shooter who could be right out of Hollywood’s central casting.
In Poland Pole dies after setting himself on fire in protest Passers-by tried to put out the flames with fire extinguishers, but the man was rushed to hospital in a serious condition
Who flew in all these curvy women? See racy photos of another Instagram model ‘attending parties’ in Nigeria