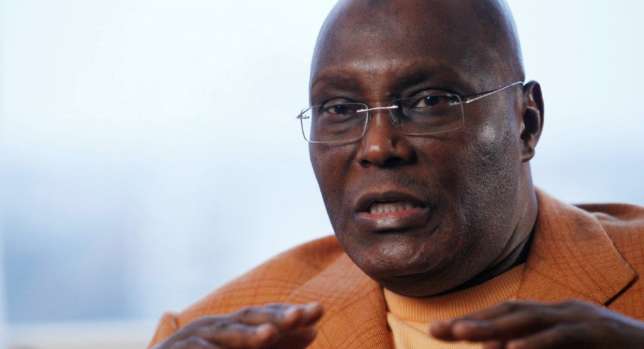 The former Vice President is expected to contest the 2019 presidential election.

Former Vice President Atiku Abubakar has not ruled out the possibility of asking for the help of former President Olusegun Obasanjo in the lead up to the 2019 presidential election.

Former President Goodluck Jonathan had earlier described Obasanjo as “the boss of bosses” who is very instrumental to any presidential candidate’s ambition.

On Sunday, November 26, 2017,  Atiku’s media aide, Paul Ibe, told The Punch in a telephone interview that the former Vice President won’t rule out the importance of anyone in his quest to become Nigeria’s president.

“His Excellency, former Vice-President Atiku Abubakar, is a savvy politician and he will not discountenance the importance of carrying everybody along in order to build a consensus,” he said.

Atiku served as Obasanjo’s deputy during his two terms as president between 1999 and 2007 but the two didn’t end on friendly terms due to their clashing ambitions.

In a resignation letter signed by Atiku on Friday, November 24, he accused President Muhammadu Buhari of neglecting him and condemned the APC for “instituting a regime of a draconian clampdown on all forms of democracy”.

In a reaction to his exit from the ruling party, the People’s Democratic Party (PDP) urged him to return to the party where he had served as Vice President and also won the Adamawa gubernatorial election in 1999.

While Atiku failed to mention which party he’ll be joining, or whether he’ll contest for the presidency in 2019, he’s expected to pitch his tent with the PDP after a series of private meetings with the party’s leadership.

While speaking to State House correspondents at the Presidential Villa, Abuja, on Friday, Kaduna State governor, Nasir El-Rufai warned Atiku that no Nigerian can currently match President Buhari in popularity and contest against him in an election.