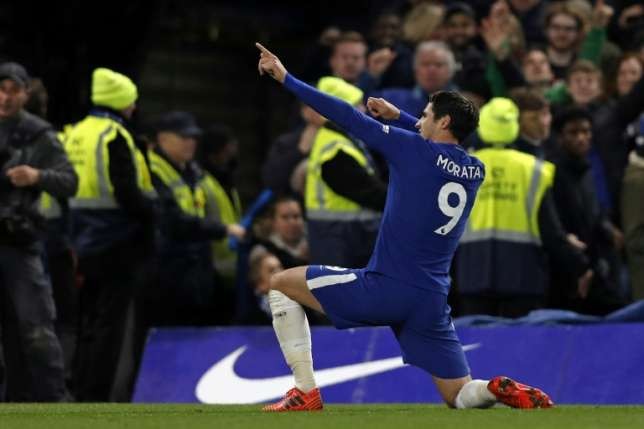 These are five things we learnt as Chelsea pip Manchester United 1-0 on Sunday.

Chelsea got their season back on track with a 1-0 win over Jose Mourinho’s Manchester City courtesy of an Alvaro Morata goal.

These are five things we learnt from the game

1. Mourinho can’t do without the bus

Jose Mourinho knows how to shut out games especially against top sides and although he was heavily criticised for his conservative approach when he got away with a goalless from Anfield in October, he was expected to bring his bus to Stamford Bridge.

Mourinho, however, did not set up his side like that against Chelsea and he paid dearly for it. Chelsea dominated from start to finish and got lots of spaces between the Manchester United midfield and defence.

Tiémoué Bakayoko had a host of spaces and chances in the game. If not for his wastefulness in front of goal, Manchester United would have been battered.

2. Azpilicueta to Morata now a weapon

Cesar Azpilicueta has been one of the best defenders in the Premier League for a couple years but he was never known for creating chances.

Then came Alvaro Morata and Azpilicueta has become a threat now. The defender’s floated ball cut the Manchester United open before Morata headed the winner.

The Spanish defender now five assists so far this season and all of them have been to Morata.

3. Chelsea different with Hazard at his best

Chelsea become becomes a far better side with Eden Hazard at his best. Despite the slim win, Chelsea played some of their best football today with Hazard whizzing past opponents.

David Luiz had a bad day at the office as Chelsea were thrashed 3-0 by Roma in the Champions League in midweek.

Conte showed his ruthless side by dropping the defender who was not even dressed for the game. 21-year-old Andreas Christensen stepped in and had a solid showing.

Chelsea’s struggles this season can be linked to just one man, N’Golo Kanté. Since his injury, the Premier League reigning champions have been labouring. He returned against Manchester United to make everything and everyone better.

Bakayoko suddenly looked like the player he was at Monaco, Cesc Fabregas had more time on the ball and Chelsea’s defence got better shied.