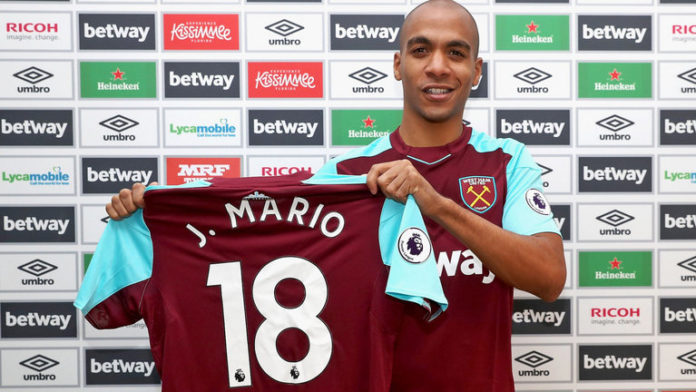 West Ham have confirmed the arrival of midfielder Joao Mario on loan from Inter Milan.

The Portugal international has joined the east London club until the end of the season.

Mario has been handed the No 18 upon his arrival at the London Stadium.

“I am really happy to be here,” said the 25-year-old. “It’s a really amazing experience to join this amazing team.

“It was a fast move. I have spoken with everyone around the team and, for me, it is exciting to play in the Premier League. I spoke with the coach and for me, I am really happy to be training for an amazing coach, also.”

The midfielder says that West Ham defender and fellow Portuguese Jose Fonte had also persuaded him to make the switch to the Premier League.

“Jose explained to me a little more about the club and also the song we have, I’m Forever Blowing Bubbles and that, of course, it was really important for me to join West Ham,” said Mario.

Mario, who won the European Championship with his country in 2016, has featured 14 times in Serie A this season, recording five assists.