Kim K & Kanye West sell the Bel-Air mansion they bought for $9m to a philanthropist for $17.8 million 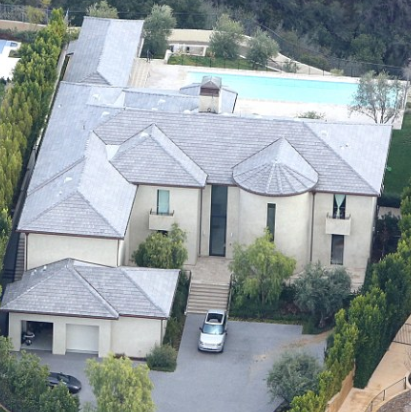 Kim K & Kanye West sell the Bel-Air mansion they bought for $9m to a philanthropist for $17.8 million

Talk about cashing in a huge profit! In what is being described as the most expensive sale ever in the exclusive Bel-Air Crest community, Kim Kardashian and Kanye West sold their mansion for $17.8 million.

The couple bought the 10,000 square feet property in 2013 for $9 million, took it down and rebuilt it as a modern, minimalist home, spending millions in the process. It has now been sold to Ukrainian philanthropist, Marina Acton – who is moving to L.A and was said to have found the house creative and inspiring.

Kim and Kanye are reportedly preparing to move into their Hidden Hills home – which hss been under renovation for several years.