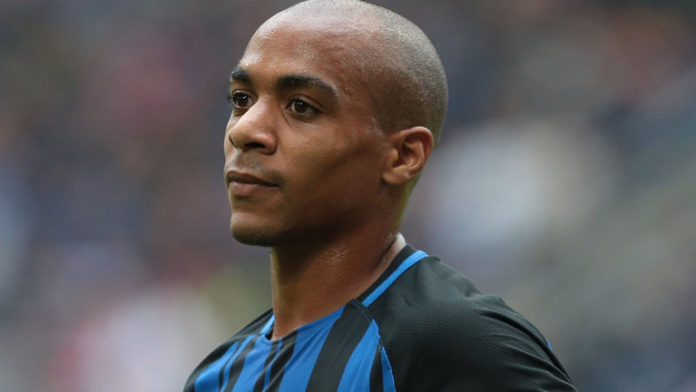 Inter Milan midfielder Joao Mario has arrived in London and is due to start a medical with West Ham.

Sky sources understand the 25-year-old could sign in time to make his debut against Crystal Palace in the Premier League on Tuesday.

West Ham also have the option to make the deal for the Portugal international permanent in the summer for £26m.

Manager David Moyes is keen to sign at least two players before the close of the transfer window having previously insisted he inherited an “imbalanced squad”.

He has since lost attacking trio Andy Carroll, Manuel Lanzini and Marko Arnautovic to injury.

Mario has featured intermittently for Inter following the arrival of Luciano Spalletti as manager and has failed to score in 15 matches this season.

He joined the Italian side for £35m from Sporting Lisbon in 2016 after helping his country to victory at Euro 2016.

Kim K’s surrogate shows off her growing baby bump while running errands (photos)
Phil Neville Appointed England Women’s Head Couch
Slaven Bilic: West Ham sack manager with team in the relegation zone
See jaw-dropping bikini photos of lady who claims to have the biggest butt in West Africa
Social media What happens to a user’s account when he dies? The owners of the social media platforms have found ways to take care of such inevitable occurrence which users ought to be aware of.
Manager David Moyes felt West Ham’s crowd played a big part as the Hammers came from behind to earn a point against Leicester in his first home game in charge.
Kim Kardashian and Chrissy Teigen mock Lamar Odom after he dissed Khloe K in his interview
Ryan Giggs: Manchester United legend set to be named Wales manager
David Moyes West Ham appoint former Everton boss as new manager
Kim Kardashian &amp; Kanye West welcome their 3rd child, a baby girl via surrogate
Premier League Guardiola encouraged as Man City maintain lead Manchester City manager Pep Guardiola was heartened by the way his side stayed five points clear at the top of the Premier League table despite making hard work of a 3-2 victory away to West Bromwich Albion on Saturday.
Geoffrey Kondogbia of interest as Tottenham scout for eventual Mousa Dembele replacement
Manchester City 2-1 West Ham: David Silva scores late to equal record
Tiwa Savage Singer says God saw her through the trying times of her marriageTiwa Savage Singer says God saw her through the trying times of her marriage
Kourtney Kardashian Is Also Starting A Beauty Line
Actor, Joseph Wayne Miller dies at 36 in Chicago
Arsenal crash out of FA Cup after suffering humiliation in the hands of lower league opposition, Nottingham Forest
Tiredness won’t be a factor against Hammers — Pochettino
Kim Kardashian and her kids celebrate Mason and Reign’s birthday at an ice rink