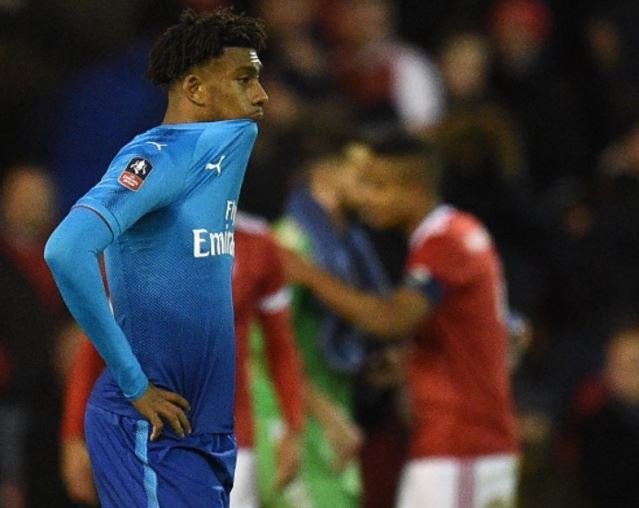 Current FA Cup holders Arsenal were humiliate out of the FA Cup by Nottingham Forest on Sunday evening after losing a dramatic tie 4-2 in the biggest shock of the third round.

Eric Lichaj scored twice for the home team in the first half either side of a Per Mertesacker goal before Ben Brereton converted from the penalty spot to give Forest a 3-1 lead after the break.

Danny Welbeck gave the 13-time winners hope with just over 10 minutes to go but Kieran Dowell netted from the penalty spot again to seal a 4-2 win for the second-tier side over the Premier League visitors.