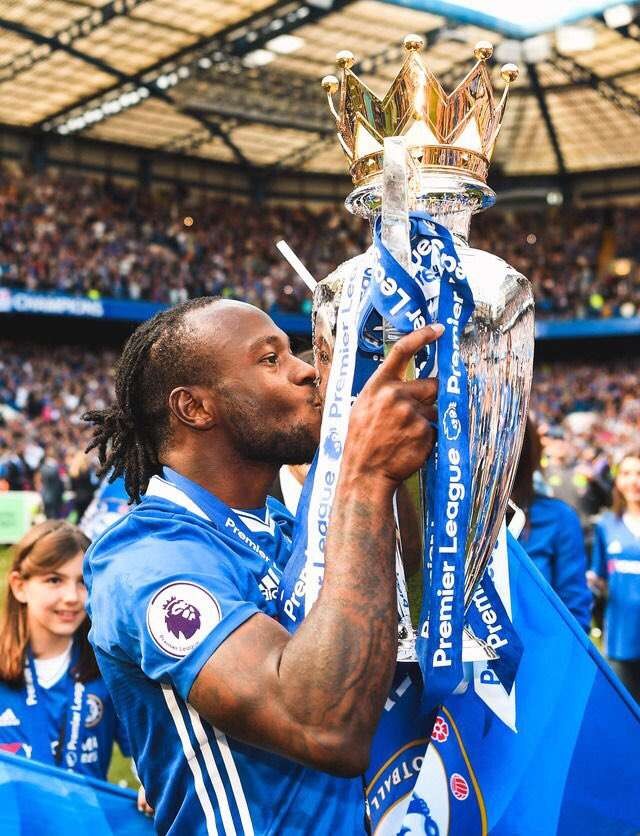 Moses made 33 league appearances as Chelsea won the Premier League title in 2017.

Chelsea star Victor Moses has revealed that the Premier League title which he won last season is the greatest achievement for him in 2017.

Moses played a crucial role as a right-wing back, helping Chelsea to the Premier League title in 2017.

Speaking on the year, the 27-year-old described the Premier League title as ‘most important’ achievement for him in 2017.

“Winning the league is the most important one,” Moses told club website.

“It is not easy to win the Premier League and doing that this year is a massive achievement for me, for the lads, for every single one of us at the club and I was very delighted.

“It really means a lot. It is a lot of games and it is good for me to make 100 appearances for a great club like Chelsea.

“It is one of the biggest clubs in the world and I am happy to be here and I am enjoying my football, so I am very delighted with everything.

“The appearances have come quickly since the start of last season. The most important thing is I am enjoying the football, I have a great manager here who is helping every single one of us to improve and we have had a great year this year. We will do our best to finish as high as we can this season.”

2017 was the crowning year for Moses who returned from the fringes to become an important player for Chelsea.

Back at the club after three loan stints, Moses was turned to a wing-back from where he impressed.

He is the Nigerian player with the most Premier League appearances for a title-winning team ever.