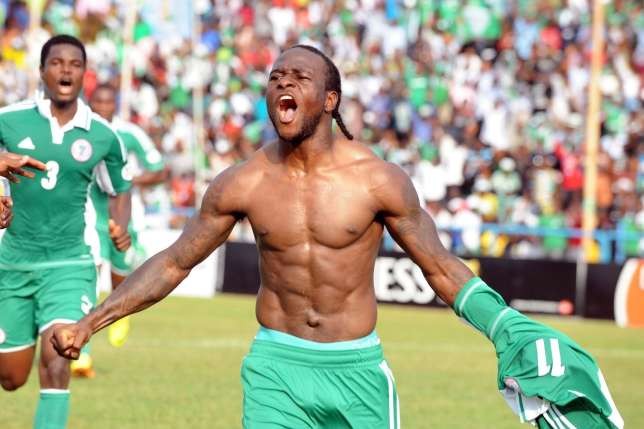 The governing body announced the shortlist via Twitter on Monday.

Nigeria and Chelsea wing-back/forward, Victor Moses is among the players named in the new 11-man shortlist for the 2018 Aiteo CAF African Player Award.

The Confederation of African Football announced the shortlist through its Twitter handle on Monday.

Moses’ Nigerian compatriot, William Troost-Ekong, who made the initial 30-man shortlist does not make the 11-man list.

Other players on the shortlist include Keita Balde, Pierre Emerick Aubameyang and Vincent Aboubakar.

Victor Moses is expected to be a front runner for the award after contributing immensely to Chelsea’s title-winning season.

However, he is expected to face stiff competition from the likes of Mo’ Salah who is enjoying a stellar start to life at Liverpool and Dortmund striker, P.E Aubameyang.

The African Player of the Year award is given to the player of African nationality who has had the most successful year-in-review.

The winners of the category is decided by votes from the Head Coaches/Technical Directors of the National Associations affiliated to CAF.

The winner in each of the categories will be announced at the Awards Gala on January 4, 2018 in Accra, Ghana.

See the full shortlist below.