FG to finalise recovery of $321m by December – Buhari’s aide 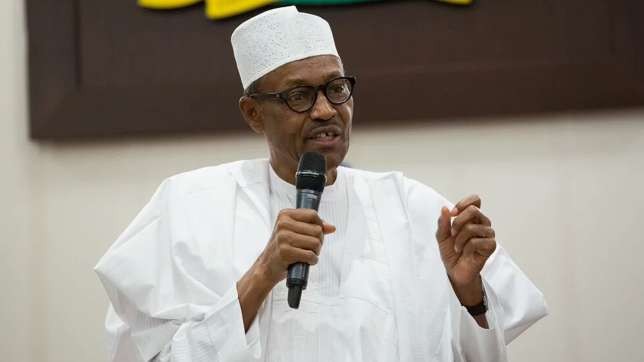 The Federal Government is reportedly concluding plans, latest by December, with the Switzerland Government for the repatriation of $321 million looted from Nigeria.

The Senior Special Assistant to President Muhammadu Buhari on Justice Reforms, Juliet Ibekaku, disclosed this on Monday, November 20, 2017, at the Conversation on Anti-corruption Campaign organised by the Centre for Democratic Development (CDD) in Abuja.

She said that before now, Nigeria had no agreement or Memoranda of Understanding with foreign countries for the return of looted money.

The development, she said, explains why it took Nigeria a while to initiate the process of discussion and recovery at the international level.

“So far, we have recovered part of the Malabu fund held by the UK courts.

“I am happy to also note here that some Civil Society Organisations (CSOs) working in the area of asset recovery were involved in the negotiation of the MOU and will be involved in monitoring the assets.

“This is to ensure that the returned funds are managed in a transparent manner as other recovery plans continue in countries like UK, Island of Jersey and France,” she said.

Ibekaku said that the federal government has also opened up discussion with the US government for the return of the money that left that country for two or three years from 2013.

The presidential aide said that an example of such money was that of late Diepreye Alamieyeseigha‘s, adding that different fronts were being opened up for the recovery of the money.

She said the money recovery mission was hinged on the Open Government Partnership Initiative, which was committed to four thematic areas: Transparency, Anti-corruption, Access to Information, Citizen Engagement and Empowerment.

Ibekaku said government has set up one asset recovery account which would make it easy for anybody that wants to track recovered money to know where the money is going to.

According to her, this put to rest worry by Nigerians over the whereabouts of the recovered money, thinking the money were not being accounted for or managed properly.

Ibekaku said that over the years, it was found that there was a problem with the management of recovered money both domestically and internationally because there was no way to account for it.

She said when the Buhari administration came to power, the president set up a presidential assets recovery committee to monitor what was going on with recovered assets from the agencies.

The aide said the presidential committee, in turn, set the Assets Tracing subcommittee, adding that work is ongoing to determine where these moneys went as from 2012.

She said the administration also created a central account in the Central Bank of Nigeria (CBN), called the Asset Recovery Account.

The presidential aide said the president also directed all the law enforcement agencies to put all recovered money in the central account.

Ibekaku said the president also directed that asset recovery should now be ploughed into the budget to fund part of it, starting from 2017 “so that is what the money is being used for.”

She said all the money being recovered by anti-corruption agencies would go into such to fund part of the budget.

The Executive Director of CDD, Idayat Hassan, said that the event was organised with support from the Open Society Initiative for West Africa and the Department for International Development, DFID.

According to her, the event is to get answers to some questions on the recovered money.

Hassan said that it is obvious that tackling corruption remains one of Buhari’s main priorities.

She said it is in line with the presidents’ vision that the event was organised, to provide a platform for constructive review and interrogate government’s approach to anti-graft campaign.

The executive director said the platform also sought to proffer alternative opinions for robust, effective and sustained interventions in the anti-corruption fight and effective usage of the recovered money.

She called on the government to let Nigerians know more about the amount recovered so far and how the money is being spent to ensure much confidence from the people in its programmes and policies.

UK minister Priti Patel resigns over secret Israel trip
Hameed Ali Customs boss says PDP members ‘hijacked’ Buhari’s government Ali said the APC government “cannot move forward” because 50 percent of those in the current administration are from the PDP.
2018 Budget Stakeholders advise FG to check militants to achieve revenue projection The Federal Government plans to spend about N8.6 trillion in 2018, a 15 per cent increase over the N7.44 trillion budget in 2017.
Olympic weightlifter sells his gold medal to raise money for Iran earthquake victims
Federal Government to raise N311b from assets sale
Nigerians on twitter slam Okorocha for unveiling statue of Liberian President, Ellen J. Sirleaf in Imo State today
Donald Trump lashes out at LaVar Ball for being ungrateful for his son’s release for shoplifting in China
Watch this runs-girl celebrating N100K pay off with nude video
‘No Nigerian representative at the burial of the 26 young Nigerian ladies that drowned in the Mediterrenean sea’ AFP journalist, Trisha Thomas reveals
In Brazil Tribe sharpens arrows against Amazon invaders They appear silently, seemingly from nowhere: a dozen figures, naked except for bright red loincloths, blocking the dirt road.
Ogun State Commissioner for Commerce and Industry, Bimbo Ashiru resigns
Kidnap suspect’s Evans family makes appearance at Aso Rock meeting
Why I withdrew Governor Obiano’s security personnel – Police IG Speaks.
Egg intake doesn’t cause heart attack – PAN
Trump Jr US President’s son hinted at review of Russia sanctions act, says lawyer A Russian lawyer has said Donald Trump Jr suggested in a meeting during the US presidential campaign that a law imposing sanctions on Russia could be reviewed if his father were elected.
29 Latest Online Money Making Opportunities In Nigeria (2017)
Jersey Island gives conditions for return of $300m Abacha loot
Financial Tips Money lessons from 5 male celebrities Asides their rich lifestyle, some of these male celebrities have very frugal money tips they use in their every day lives. And we can take two or more lessons from them.
We’ll facilitate Joshua’s visit to Nigeria – Ogun govt
Cossy Orjiakor Our Drama Queen is back with more bosom After being away from the public eye for a while now, this actress is finally back with more booby ransom to give away.
Share
Facebook
Twitter
WhatsApp
Pinterest
Linkedin
ReddIt
Email
Print
Tumblr
Telegram
Mix
VK
Digg
LINE
Viber
Naver
Previous articleProtests, anger rock PDP ahead Dec. 9 convention
Next articleArmy promotes 45 generals, 92 colonels