Trump Jr US President’s son hinted at review of Russia sanctions act, says lawyer A Russian lawyer has said Donald Trump Jr suggested in a meeting during the US presidential campaign that a law imposing sanctions on Russia could be reviewed if his father were elected. 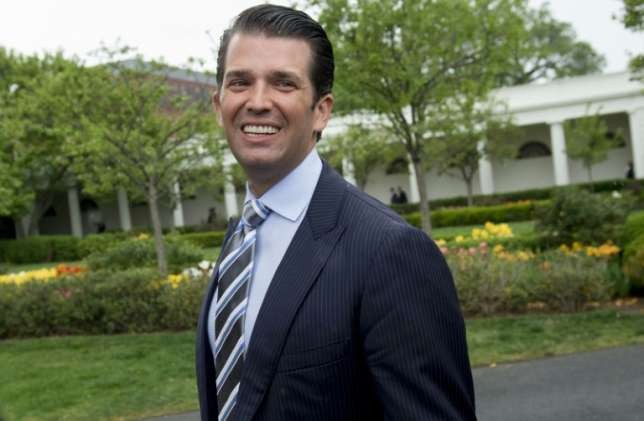 A Russian lawyer has said Donald Trump Jr suggested in a meeting during the US presidential campaign that a law imposing sanctions on Russia could be reviewed if his father were elected.

The lawyer, Natalia Veselnitskaya, told Bloomberg in an interview published on Monday that Trump Jr had also asked her for written evidence that illegal proceeds went to Democrat candidate Hillary Clinton’s campaign.

They understood the lawyer to be representing the Russian government and she claimed she could provide damaging information about Clinton. The family later claimed the meeting was brief and yielded nothing of value.

Veselnitskaya said she attended the meeting to present evidence that Democrat donors had evaded taxes and to lobby against the so-called Magnitsky Act passed by Congress in 2012, which has sanctioned some 40 Russian nationals over serious human rights violations.

The sanctions list originally targeted Russian officials involved in the case of lawyer Sergei Magnitsky who died in prison after uncovering a government corruption scheme. Since it was passed it has been expanded to include others.

“Looking ahead, if we come to power, we can return to this issue and think what to do about it,”the lawyer recalled Trump Jr saying about the law, the report said.

“I understand our side may have messed up, but it’ll take a long time to get to the bottom of it,”he added, according to her.

Veselnitskaya said Trump Jr asked for evidence that illegal money had gone to Clinton’s campaign, which the lawyer said she did not posses.

Trump Jr is set to testify publicly before a congressional committee probing Russia’s meddling in the 2016 presidential campaign and possible collusion by his father’s campaign. President Trump has denied any collusion.

Trump Jr said the meeting never led to anything. Regardless, investigators will want to know if his father was aware of what might amount to an attempt at collusion.

Trump Jr’s testimony has not yet been scheduled by the Judiciary Committee, which is controlled by Republicans.

Trump-Russia Indictments, guilty plea in probe: What we know Two former Donald Trump associates were indicted Monday and it was revealed another has pleaded guilty to lying to FBI investigators, in the first substantial legal action stemming from the probe into Russia’s US election interference.