2018 Budget Stakeholders advise FG to check militants to achieve revenue projection The Federal Government plans to spend about N8.6 trillion in 2018, a 15 per cent increase over the N7.44 trillion budget in 2017. 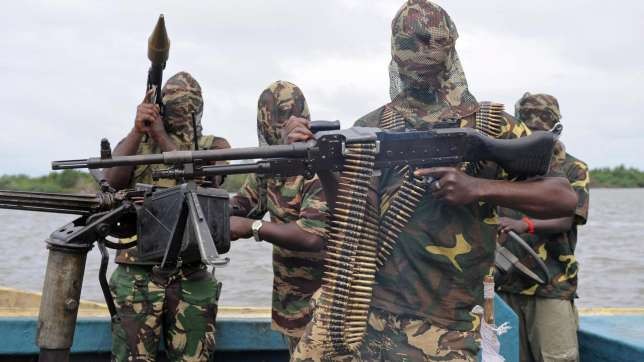 Some stakeholders have advised the Federal Government to check activities of militants to achieve the 2018 budget revenue target.

They made the observation in interviews with the News Agency of Nigeria (NAN) in Lagos on Tuesday against the back drop of 2018 budget proposal presented by the President Muhammadu Buhari to the National Assembly.

The revenue projection is predicated on crude oil price benchmark of 45 dollar per barrel and daily crude oil production of 2.3 million barrels at N305 to the dollar.

Federal Government said it would also depend on higher revenues from non-oil sector.

Abiodun Adesanya, the President, Nigerian Association of Petroleum Explorationists (NAPE), said that the most critical aspect would be for government to maintain continuous dialogue with the militants.

He said that checking incessant pipeline vandalism in the country would help government to achieve better revenues to match the 2018 budget projection.

According to him, It is even good for us at this time that the government of Saudi Arabia and Iran are at loggerheads, which as in turn, can boost international crude oil price.

“This has also impacted on the crude oil sales in Nigeria. If the avengers resume vandalism of the pipeline network, it would affect the country budget’s template.

“The key thing here is that we should not have any challenge with our oil facility so that it would help us to sustain our revenue target.

“The country needs to finance the budget and government should guide its crude oil production and revenue from being affected,’’ he said.

Adesanya, who is also the Managing Director of Degeconek Nig. Ltd., however, said that implementation would be another challenge for the budget and urged the National Assembly to work for its speedy passage and implementation.

He said that the budget outcome and level of implementation would determine its impact on the economy in general.

Matemilola said that government should ensure that there would be adequate provision for key components that would move the petroleum industry forward.

According to him, gas infrastructure remains very key because government is currently working with International Oil Companies (IOCs) to ensure funding.

“Government should develop a revamped gas infrastructure for both upstream and midstream essentially,’’ he said.

The SPE chairman said that if government could address infrastructural challenges in the oil and gas, it would go a long way in achieving better budget implementation.

He also said that there was the need for adequate protection of the pipeline network to reduce incessant vandalism in the Niger Delta region for government to be able to have money to fund the budget.