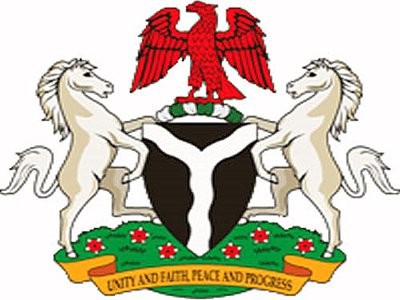 •Alcohol, tobacco duties to go up

HOW will the Federal Government fund next year’s N8.6tr budget?

The government plans to generate N311 billion from privatisation and outright sale of assets to partly finance the budget.

Budget and National Planning Minister Udoma Udo Udoma, at the budget breakdown in Abuja yesterday, said: “N306 billion is expected to be generated from privatisation proceeds while the balance of N5 billion would come from the sale of government assets. This will be part of the financing items of the N6.6 trillion that would be used to fund the 2018 budget of N8.6 trillion.”

The Minister then hinted that alcohol and tobacco products will attract higher excise duty next fiscal year “in a bid to ramp up more earnings from non- oil sources”.

The government, he said, had devised new methods of generating additional revenue from both oil and non-oil sources. He said “oil revenue would contribute 37 per cent of the total revenue for the budget, Companies Income Tax (CIT), Value Added Tax (VAT) and Customs would account for 12 per cent, 3.1 per cent and 4.9 per cent of the projected revenue for 2018 respectively.”

Others sources of revenue will be recoveries of looted funds 7.8%; tax amnesty 1.3%; signature bonus 1.7%; joint venture equity restructuring 10.7%, grants and donors funding 3% and others 5.5%.

Another revenue stream projection is the introduction of a new funding mechanism for Joint Venture operations that will “allow for cost recovery in lieu of previous cash call arrangement; there would be additional oil-related revenue, including royalty, new marginal field licences, early licensing renewals and a review of fiscal regime for oil production sharing contracts while government will restructure its equity in JV Oil assets the proceeds of which will be reinvested in other assets.”

Udoma said: “Efforts are also ongoing to ensure all taxable Nigerians and companies comply with the legal requirements to declare income from all sources and remit taxes due to the appropriate authorities. In addition, we are working to improve government owned enterprises revenue performance by reviewing their operational efficiency and cost-to-income ratios and generally ensuring they operate in a more fiscally responsible manner.”

In funding infrastructure, Udoma admitted that N295 billion is inadequate to fix roads across the country. This amount, he said, excludes contribution by the private sector that will be engaged on public private partnership basis to fund   projects.

Udoma said: “Work is in progress on many of these roads as most of them are in 2017 budget; N300 billion is not sufficient , but we are using Public Private Partnerships (PPPs) and private investors will bring their contributions. To fix Nigeria’s road requires trillions of naira in the budget.“

The focus of the 2018 budget, he said, would be to spend more on ongoing projects that have potentials for job creation and inclusive growth.

In 2018, the minister said huge capital projects would be carried out in transportation, power, works, housing, health, water resources, agriculture and rural development, mines and steel development, industry, trade and investment, and education among others.

In 2018, N35.4 billion is to be spent on the National Housing Programme, N10 billion for second Niger Bridge, N294 billion on major roads, N8.9 billion on vaccines as well as over N50 billion on water supply, rehabilitation of dams and irrigation projects nationwide.

In agriculture, N25.1 billion has been budgeted for the promotion and development of value chains across 30 commodities, N4 billion for agri-business and market development, N46.3 billion for special economic zone projects across the geo-political zones to drive manufacturing and exports,and N19.28 billion in form of tax credits to support export through Export Expansion Grant among others.

Also speaking at the event, Minister of Finance Mrs Kemi Adeosun said the government would continue to come up with reforms that would boost tax revenue, but she was emphatic that the administration does not believe in tax waivers or holidays to businesses.

According to her what the government is doing “is getting the private sector to invest in road construction and recoup their investments over three years from the tax they are supposed to pay. Government is working on how to make the investment climate friendlier for businesses to thrive.”

She lamented that out of the about 69 million working population in the country, only 14 million were actually paying taxes, a development she described as “unacceptable.”

On why the government is carrying out oil exploration in the North when many countries are reducing their demand for crude oil, Minister of State for Petroleum Ibe Kachikwu said the government was under obligation to search for oil anywhere that it could be found within the country.

He said: “We have an obligation as a nation to continue to ensure that any part where it is found that there is oil, we need to follow through with it. Massive exploration activities continue to proceed in oil producing areas. If you calculate the contributions of oil to 2018 budgetary revenue expectations, it’s almost 60%, and it means that you must continue to expand the frontiers of oil revenue.”

On whether the government would ever raise education’s budgetary allocation to 26% as recommended by the United Nations, Minister of Education Adamu Adamu said there was never such a recommendation.

He wondered where Nigerians got the recommendation that 26 per cent of a country’s national budget should be devoted to education.