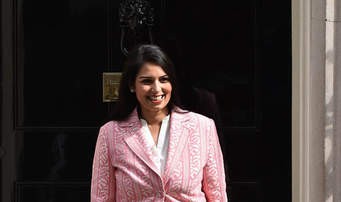 UK government minister Priti Patel has resigned amid a political storm over her undisclosed meetings with Israeli officials.

Prime Minister Theresa May summoned the Secretary of State for International Development back from Kenya after it was revealed that she met senior Israeli officials during a family holiday in the summer, a significant breach of diplomatic protocol.

During the visit, Patel, who paid for the trip herself, met with a dozen politicians and organizations, including Israeli Prime Minister Benjamin Netanyahu and Yuval Rotem, a senior Israeli Foreign Ministry official.

Patel was also said to have met with Yair Lapid, the head of Yesh Latid, one of Netanyahu’s coalition partners, who tweeted about their meeting.

In her resignation letter, she offered a “fulsome apology”.

Buhari FG to intervene in universities affected by insurgency