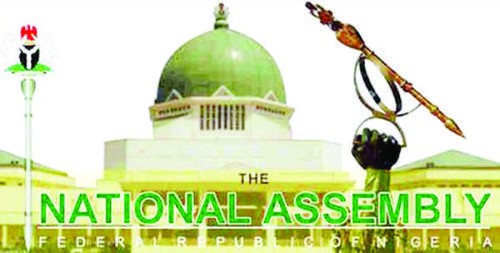 No details of National Assembly’s N125b

The clinic came under focus recently when the President’s wife, Hajia Aisha Buhari, criticised it for being without “ordinary syringe” and unable to treat anyone.

The breakdown of the State House Medical Centre’s expenditure includes the proposed allocation of N408 million for medical equipment, N146 million for the completion of the dental wing’s extension and N120 million for construction of two blocks of 24 units three bedroom flats.

The National Assembly is expected to begin the screening of the budget next week. Approval is likely to be end of the year so as to return the country to the January-December budget cycle.

The details of the National Assembly’s N125 billion estimate remain undisclosed. That has been the case since 1999 in spite of the leadership’s transparency promise.

Also, ongoing rehabilitation work on the Presidency’s animal enclosure and procurement of its veterinary  lab equipment is to cost N12,489,655, upgrade of the presidential villa ranch and construction of wildlife mini-zoo is proposed at a cost of N28,908,625 while N24 million is for local flowers’ nursery, irrigation and upgrade of a helipad grass field.

Also, annual routine maintenance of mechanical/electrical installations at the Presidential villa is proposed for N4,860,392,146, outstanding liabilities on routine maintenance and other services for 2016 is allocated N565. 6 million while N83. 7 million is allocated for the purchase of tyres for bullet proof vehicles, trucks, jeeps, ambulance and other utility vehicles.

The routine maintenance of State House Lagos facilities (Dodan Barracks, VP Residence/Guest Houses at Ikoyi) is to be undertaken at a cost of N145,869,150 under the 2018 national budget.

Also proposed is over N25.5 billion to be spent on surveillance activities across the country.

Nigeria will be strengthening its security architecture with some high tech surveillance infrastructure in 2018.

In the vanguard of this intense surveillance operation is the Directorate of State Security Service (DSS) that plans to purchase a social media minning suite for N2,213,456,360.

Also in 2018, the DSS has proposed to spend N 1,006,200,000 on surveillance drones with precision camera and IMSI payload capabilities.

Cossy Orjiakor Our Drama Queen is back with more bosom After being away from the public eye for a while now, this actress is finally back with more booby ransom to give away.
Federal Government to raise N311b from assets sale
Why I withdrew Governor Obiano’s security personnel – Police IG Speaks.
#Budget2018: ‘Nigerians will be better, happier in 2018’
NOUN gets first female Deputy Vice-Chancellor
2018 Budget Stakeholders advise FG to check militants to achieve revenue projection The Federal Government plans to spend about N8.6 trillion in 2018, a 15 per cent increase over the N7.44 trillion budget in 2017.
Primary school pupils protest sack of 21,780 teachers in kaduna
US President to decide on North Korea terror list after Asia trip
Goodluck Jonathan Ex-President says Buhari’s government is full of lies Goodluck Jonathan says the Buhari government thrives on lies and propaganda.
Delta state confirms 1 case of Monkeypox
Man commits suicide in Delta after girlfriend dumped him
Igbo leaders call for support to honour late Sam Okwaraji former super Eagle play
Photos from President Buhari’s dinner with the leadership of National Assembly at the State House
Rex Tillerson US Secretary of State visits Pakistan as US warns over Taliban havens Pakistan has repeatedly denied the charge, insisting it maintains contacts only with the militants as it seeks to bring them to the table for peace talks.
Antonio Guterres Trump says UN boss doing ‘very very spectacular job’ US President Donald Trump jettisoned his past criticism of the United Nations Friday, as he lavished praise on the organization’s Secretary General.
Monkeypox Virus now in 11 states The ministry of health’s spokesman, Mrs Boade Akinola made this known in a statement issued on Friday in Abuja.
In Canada Improved economic outlook cuts budget deficit A surging Canadian economy has reduced the government’s budget deficit this year by billions of dollars, the finance minister said Tuesday.
Mother sells daughter for N280,000 to pay debt
PDP leaders oppose Fayose on Secondus
Share
Facebook
Twitter
WhatsApp
Pinterest
Linkedin
ReddIt
Email
Print
Tumblr
Telegram
Mix
VK
Digg
LINE
Viber
Naver
Previous articleHow to lead Nigerians out of poverty, by Tinubu
Next articleNine dead, many injured in accidents