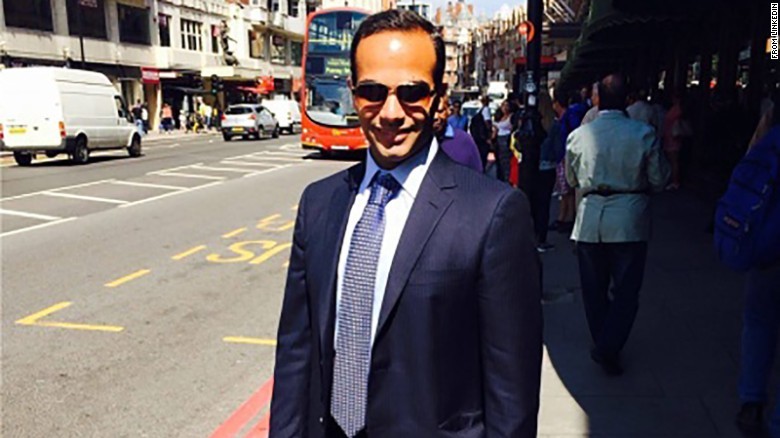 Washington (CNN)The dramatic intensification of the Russia investigation on Monday reignited President Donald Trump’s fury at the controversy clouding his presidency, prompting his aides to urgently advise him against lashing out at special counsel Robert Mueller as they work to revive a halting policy agenda.

Watching the developments unfold on the large television screens installed in his private residence, Trump was “seething,” according to a Republican close to the White House.
The indictments on Monday of campaign aides Paul Manafort and Rick Gates weren’t a surprise to Trump, according to people who have spoken with the President. Trump has long assumed that members of his presidential campaign would be swept up in Mueller’s probe.
The revelation that another campaign adviser, George Papadopoulos, pleaded guilty to making false statements to the FBI was far less expected, the sources said. And the assumption that Papadopoulos is cooperating with the FBI’s Russia probe stirred even more unease among Trump’s allies. 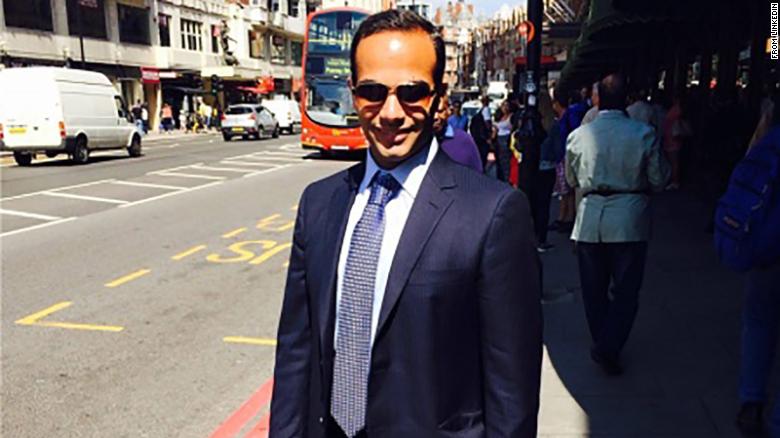 Ex-Trump campaign adviser pleads guilty to making false statement
Even as the White House sought to downplay the developments, the charges only served to fuel questions about Trump’s ties to Russia, which he has angrily denied and worked to discredit.
A question Trump asked on Twitter — punctuated by five question marks — offered the clearest window into his mindset: “But why aren’t Crooked Hillary & the Dems the focus?????”

Sorry, but this is years ago, before Paul Manafort was part of the Trump campaign. But why aren’t Crooked Hillary & the Dems the focus?????

Twitter Ads info and privacy
The President’s attempt to change the subject was complicated by the highly detailed indictments of his two former aides, which painted Manafort as a well-compensated broker of pro-Russian interests. It was complicated even more by the unveiling of a guilty plea from a third adviser who had repeated contacts with officials close to the Kremlin — the clearest connection so far between the Trump campaign and Russia.
As revelations from the Russia investigation rocked Washington on Monday, Trump spent much of the day hunkered down, surrounded by only a handful of aides in the third-story living quarters of the White House.
Huddled with members of his legal team — including Ty Cobb, his in-house lawyer focused on the Mueller probe; John Dowd, an outside legal adviser; and Jay Sekulow, who called into the White House from his base in Nashville — Trump was bolstered by the sense among his team that the charges against Manafort bore only the loosest connections to the presidential campaign. He griped that Manafort’s role on his campaign had taken outsized importance in the media, and insisted his former chairman played only a minor role.
Senior aides, according to a senior White House official, expected Mueller to target top members of Trump’s campaign team like Manafort, but the addition of Papadopoulos surprised the President.
“The President is going, ‘Really, this is the guy?’ ” a senior White House official said in describing Trump’s reaction to Papadopoulos’ guilty plea.
As the morning carried on, however, Trump grew increasingly frustrated as he viewed cable news coverage of his onetime campaign chairman arriving at the FBI field office in downtown Washington, believing his former aides’ roles were being inflated.
The West Wing suddenly was back in full combat mode, with an internal tug-of-war emerging over how aggressively Trump should seek to discredit Mueller and his investigation. Even as White House lawyers urged the President to avoid directly criticizing Mueller, other advisers — including his former chief strategist Steve Bannon — suggested he aggressively push back.
“Calling for Mueller’s firing would undercut the White House argument,” one senior administration official told CNN.
Cobb, a White House lawyer, has been a leading voice inside the West Wing to urge cooperation with Mueller’s investigation. White House chief of staff John Kelly has reinforced that argument inside the administration. Both have told Trump that providing Mueller with information — including, potentially, an interview with the President himself — would allow the investigation to reach a conclusion quicker.
Their recommendations have gone beyond simply cooperation, however; Cobb and Kelly have both warned Trump that spouting off on Mueller on Twitter or during friendly interviews on Fox News would backfire badly.
For the past several months, Trump has largely followed that advice. But as word of indictments emerged late last week, other members of his team — both West Wing aides and informal advisers — have said that Trump’s kid-gloves approach to Mueller has yielded no results.
Bannon, who was dismissed in August, has told associates that Trump’s legal team is steering the President in the wrong direction, and has suggested a more combative approach to Mueller, according to administration officials.
A source familiar with Bannon’s thinking tells CNN that he is urging the President to start to fight back aggressively against Mueller.
He wants the White House to get Republicans to cut funding, publicly debate Mueller’s mandate and slow down document production in court. But so far there is no evidence that Trump is willing to change course and several Republican lawmakers have warned against going after Mueller.
“The President frequently changes his mind,” said one person familiar with the President’s legal strategy, “and we are always revisiting every plan.”
Another person familiar with the President’s thinking said it wouldn’t be surprising for more lawyers to join Trump’s legal team.
Many of the President’s allies have privately speculated that Monday’s indictments only made it more likely he would ultimately find some way of hampering the probe, including potentially dismissing Mueller.
Cobb took care to note in a statement the President was “continuing to cooperate” with the special counsel’s office and investigation, and White House press secretary Sarah Sanders would only say Monday the President has “no intention or plan” to fire Mueller.
During his morning session with his lawyers, Trump asked for an explanation of the federal grand jury indictment process, and why a sealed indictment was used, according to a senior White House official. He was also interested to know whether the indictments signaled that the investigation is speeding up toward its conclusion, the official said.
Officially, the White House insists the probe is nearing its end.
“We still expect this to conclude soon,” Sanders said.
But privately, there are few legal experts or even close allies of Trump who believe Mueller is close to finished.
A sense of tension and uncertainty was palpable in the West Wing on Monday, officials said, as they sought to keep the President focused on the week’s busy calendar. The dramatic scaling up of Mueller’s investigation into his campaign’s ties to Russia comes ahead of what the White House hoped would be a policy-centric several weeks, with the opportunity to reset an off-course agenda.
Republicans on Wednesday are set to visit the White House after unveiling their tax plan on Capitol Hill. Trump is expected to introduce Jerome Powell as his Federal Reserve chairman on Thursday. And on Friday he departs for a 12-day trip to Asia, where North Korea’s nuclear threat will demand full attention. 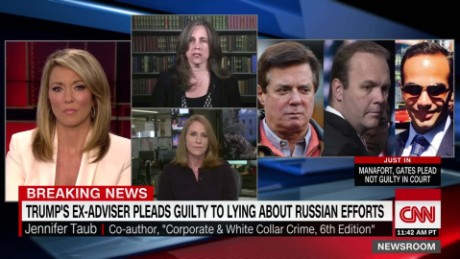 Analyzing Mueller’s first indictments 04:36
Trump’s Asia swing amounts to the longest presidential trip to that continent in decades, a fact that has some of his advisers anxious about the results that jet lag and a foreign environment could have on the President’s mindset.
It won’t be the first time Trump has departed overseas just as a swirl of Russia-related scandal mounts back home. A day before he departed for his first presidential foreign trip in May, the Justice Department appointed Mueller as special counsel, ensuring the story would follow Trump on his stops in the Middle East and Europe.
Trump avoided tweeting almost entirely on that first swing, his cantankerous mood tempered by the presence of his wife, Melania, and a rapid-pace schedule that included stops in five countries.
Some of Trump’s advisers have already expressed the hope his trip to Asia proceeds in similar fashion — though they acknowledge that attempts to rein in Trump’s behavior often result in the President entrenching himself in the very actions his advisers recommended against.
Trump, meanwhile, has expressed concern the special counsel’s ongoing investigation could hurt his ability to negotiate with foreign leaders as he prepares to head to Asia.
“He worries about his ability to negotiate with various entities and how much he’s hamstrung by this,” the official said, adding the President feels hobbled by the investigation and he and the White House believe he will be in a stronger position politically and internationally once the investigation concludes.
At the heart of the President’s fury is the very existence of the special counsel, for which he still blames Attorney General Jeff Session and his decision to recuse himself from the Russia investigation.
At a previously scheduled lunch on Monday with Sessions in the private dining room just off the Oval Office, an official said the President did not raise the Russia investigation. Rather, a spokesman said, they talked about immigration, the opioid epidemic and upcoming judicial appointments.
And Trump revealed few outward worries when he emerged in public late in the day Monday to greet trick-or-treaters from a spider-webbed White House South Portico. With Michael Jackson’s “Thriller” blaring from the speakers, Trump handed out plastic-wrapped cookies and high-fived costumed kids — including a skeleton in a “Make America Great Again” hat.
But when a reporter shouted a question about the day’s indictments, all Trump did was wave.
Share
Facebook
Twitter
WhatsApp
Pinterest
Linkedin
ReddIt
Email
Print
Tumblr
Telegram
Mix
VK
Digg
LINE
Viber
Naver
Previous article10 Most Embarrassing Red Carpet Moments
Next articleTekno shows off his brand new Jeep Wrangler