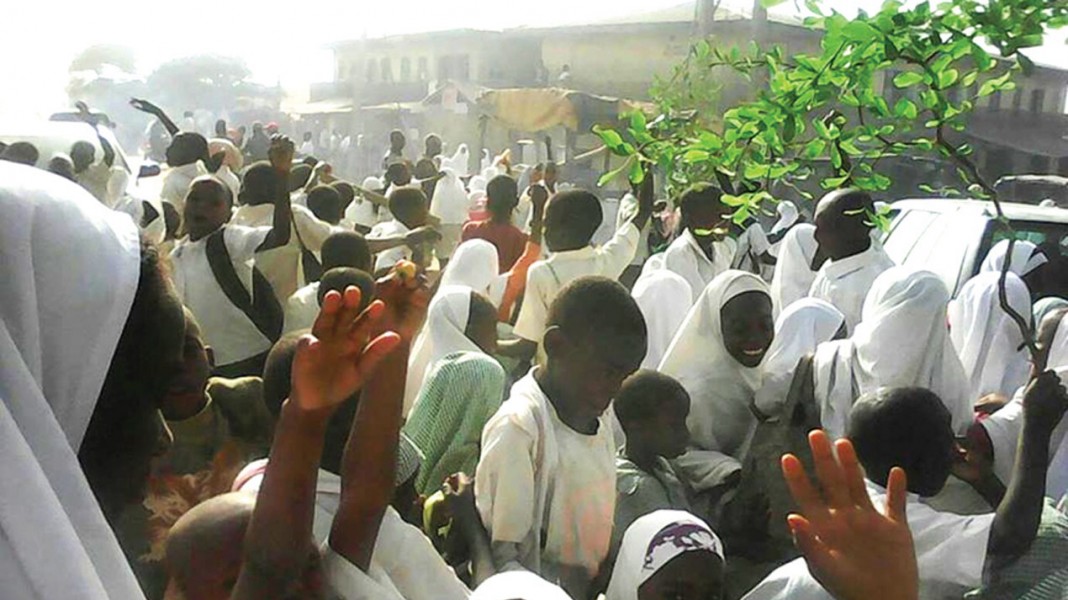 Primary school pupils in Kaduna on Tuesday, November 7, took to the street to protest Governor Nasir Elrufai‘s move to sack over 21,000 teachers in the state.

The state government recently announced the dismissal of the teachers after failing the primary four exams conducted for them and also announce the recruitment of 25,000 teachers to replace them

This decision has been causing rancour in the state as the Nigerian Union of Teachers kicked against the move.

Supporting their teachers, pupils from Sabon Gari and Zaria local government areas have reportedly trooped out to register their displeasure with the government decision about their teachers.

The pupils who were seen carrying leaves were shouting Ba muso which means  ‘they don’t want the planned sacking of their teachers’.

Some of the pupils according to reports said they want their teachers to be sacked.