Union urges IGP to probe shooting of students in Ibadan 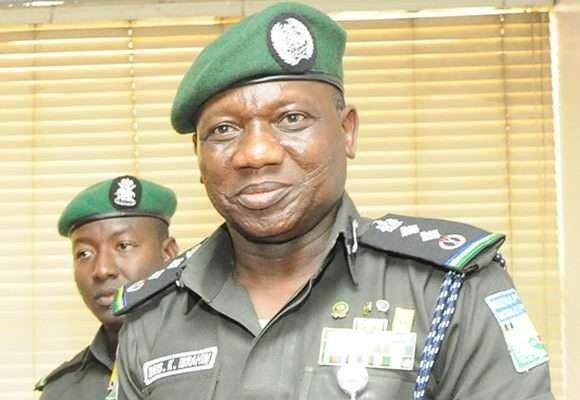 The Chairman of Non-Academic Staff Union (NASU) at the Institute of Agricultural Research and Training (IAR&T) in Ibadan, the Oyo State capital, Mr. Emmanuel Olufemi Oladehinde, has condemned police shooting of students of Federal College of Agriculture at Moor Plantation in Ibadan on Monday.

A student of the college and two other persons sustained bullet-wound injuries during the shooting.

But normalcy has returned to the college.

The union leader regretted that innocent workers of another institution were hit by the bullets, saying it was inhuman for the police to use live bullets on harmless students.

He said the police had a better option to reprimand the protesting students, instead of shooting live bullets at them.

Oladehinde recalled that overzealous policemen, led by a Divisional Police Officer (DPO), allegedly ordered his arrest and four other workers of the institution, who he said were brutalised by the police while mediating.

He said: “I was on the spot. What really happened was that the students were staging a peaceful demonstration, though they blocked the road. The policemen were there. Suddenly, the police started shooting. So, the students came inside the institute. The police said they could not differentiate the workers from the students.

“So, they started firing their guns and teargas at everybody on sight. I was even arrested after I was harassed. I went to the Diviosional Police Officer (DPO) and showed him my identity as the NASU chairman of the institute. Those arrested were workers of IAR&T. The DPO said I should be arrested too.

“I was arrested and they collected my wallet. But later, they returned my wallet to me. The police even stoned me. Four of our workers were brutalised and detained. We went to the station to release them. It was the Area Commander that gave them the order that they should release our people. So, they were released.

“We took them to the hospital, and they have been discharged. But those who were shoot are still at the University College Hospital (UCH) now. The information we got was that they are about to wheel the woman that was shoot in the abdomen to the theatre.

“So, the second person, who was shot on the leg, is also there. That is the situation we found ourselves.”

18-year-old pregnant mother-of-one and her husband reveal why they went into robbery
Three students in Egypt stab a Nigerian man to death
Man commits suicide in Delta after girlfriend dumped him
Punk group attack ‘police state’ on Trump anniversary
13-years old girl narrates how uncles took turns to rape her
In Yola Police arrest 200 cows for invasion of farm He also commended the herdsmen for accepting responsibility for the destruction by their cattle and their commitment to pay for the damages.
‘Catalonia Is Spain!’ Crowd chants at Barcelona rally That was a reference to the decision by Catalonia’s two biggest banks to move their legal headquarters to other parts of Spain in recent weeks due to the political tension.
Mother sells daughter for N280,000 to pay debt
Amazon is now the size of a small country
In India Journalist shot dead in northern India: police A journalist was shot dead by three gunmen in northern India on Saturday, police said, the latest attack on media in one of Asia’s deadliest countries for reporters.
India rounds up beggars ahead of Ivanka Trump’s visit
United Airlines Officers fired following probe of passenger removal The city of Chicago revealed Tuesday that it fired two airport police officers in connection with the controversial removal of a passenger from a United Airlines plane earlier this year.
Toke Makinwa’s birthday outfit is a Balmain camouflage sequin dress that costs N1.2million
Police confirms identity of the man who sadly committed suicide at the Lekki-Ikoyi bridge yesterday
Face Of Evil How policeman abducted 14-yr-old girl, raped her for days… Ruptured private parts A police officer attached to the Anambra Police Command has been accused of abducting and raping a 14-year-old girl, rupturing her vagina in the process.
Christina Aguilera shares semi-nude throwback photos of herself…
18-year-old Russian student kicked out of college after viral video of her having sex at a club in front of everyone hits the internet
European Union EU reaches compromise on low-cost eastern labour EU ministers on Monday struck a compromise after marathon talks about low-cost labour from eastern and central Europe.
Nigerian Basketballer dies in the USA
Tecno Phone brand storms Dubai again to launch Phantom 8 The launch that was held at the prestigious Armani Hotel, Burj Khalifa Dubai was not only to announce the unveiling of the Phantom 6 and 6 Plus but also to celebrate the brand’s tenth anniversary.
Share
Facebook
Twitter
WhatsApp
Pinterest
Linkedin
ReddIt
Email
Print
Tumblr
Telegram
Mix
VK
Digg
LINE
Viber
Naver
Previous articlePatience Jonathan’s N350m frozen
Next articleDo Me, I Do You ‘I don’t believe in forgiveness; I pay evil with evil’- Abia native doctor [Video]