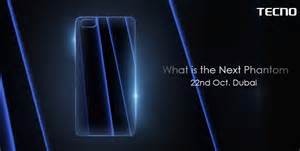 While Ebony Live TV and the Wedding Party crew will be returning from Dubai after successfully shooting the highly anticipated movie, TECNO Mobile will be taking technology and smartphone enthusiasts back to the thriving Middle-East city.

In September 2016, Africa’s leading smartphone company, TECNO Mobile, launched its product for the first time outside the shores of Africa. The launch that was held at the prestigious Armani Hotel, Burj Khalifa Dubai was not only to announce the unveiling of the Phantom 6 and 6 Plus but also to celebrate the brand’s tenth anniversary and expansion into new markets in the Middle-East and South American regions. The glamorous event attracted captains of industries, international media houses and massive online community watching it live.

Though that’s in the past now, the brand has again decided to take the Phantom 8 product launch back to Dubai. Guess they say “Whatever is nice should come twice”. Tecno Mobile has said it has high expectations for the new flagship and is hoping that its success will surpass that of its predecessor. The Phantom 8 is expected to debut high-end features and state-of-the-art camera technology, which will place it on a pedestal above several smartphones available in the market today. The Phantom series are TECNO’s premium product lines and so the brand has combined its finest tech advancements into the device.

The international launch will hold on Sunday, October 22 by 12PM WAT at the Jumeira Beach Hotel, Dubai after which a local launch is expected to follow in Lagos where the new smartphone will also be unveiled to pressmen, dealers and smartphone enthusiasts.

As it stands, the Phantom 8 launch will probably be the biggest thing that will happen to the global tech space in the last quarter of this year; we expect to see a very positive reception of the device in Nigeria and globally.