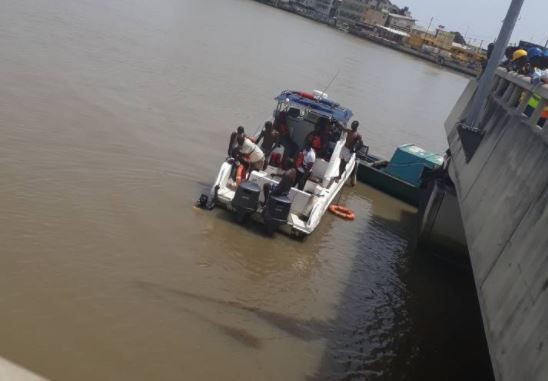 The Lagos State police command has confirmed the identity of the man who sadly committed suicide by jumping into the Lagos Lagoon via the Lekki-Ikoyi bridge on Friday morning.

A spokesperson from the State’s Police command, Olarinde Famous, identified the man as Oluseyi Adekunle John from Ondo state.

According to Famous, rescue operations are still looking for John, who he said is about 40-years-old.

“Report on the suicide was reported at Maroko Division at about 10:15am and police operatives quickly rushed to the scene and alerted rescue unit,” Famous-Cole said.

“During a search of the area, his mobile phone was retrieved from the scene. The man is about 40 years of age named Adekunle Oluseyi John from Ondo state.

“Rescue operations by the police and other bodies is ongoing.”

When LIB rushed to the scene yesterday, we gathered that the man who appeared to be on his way to work dropped his bag, took off his clothes and then jumped into the Lagoon.

His phone and two ATM cards were recovered from the scene of the sad incident. It was also revealed that they called a lady on his phone who said she is his wife.

Officials of the Lagos Waterways Authority and the Police who carried out a search for the man’s body, left after four-hours and promised to continue today.

Watch video from yesterday’s operation by the authorities below..