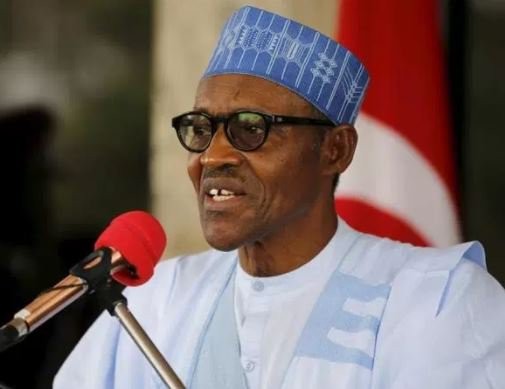 President Muhammadu Buhari has emphasized the determination of his administration to speed up the improvement of aviation infrastructure in the country for the benefit of the country’s economic development.

Speaking while receiving the President of the International Civil Aviation Organization (ICAO), Muyiwa Aliu, at the State House, Abuja on Monday, President Buhari declared his total support and commitment to work with regulatory agencies in the aviation sector to make air travel safer throughout the country.

The President, who received three awards recently won by Nigeria from ICAO, expressed delight with the high ranking accorded Nigeria in safety and security at the airports, following measures put in place to address gaps in airport security.

On the setting up of a national airline, President Buhari said he was under tremendous pressure from many patriotic Nigerians desirous of establishing one.

“I equally support a national airline for both patriotic and economic reasons. We have enough trained citizens including pilots and engineers. But Nigerians need to know how we lost the one we had before,” he said, referring to the defunct Nigeria Airways.

The Minister of State, Aviation, Hadi Sirika, who led the ICAO delegation, informed President Buhari that the Nigeria was hosting the meeting of International World Aviation Forum in Abuja starting on Tuesday, the first time such conference will hold anywhere outside Montreal, Canada.

He said over 40 aviation ministers and representatives from 70 countries, the World Bank, African Development Bank, manufacturers of planes and aviation equipment will attend this year’s conference focusing on “Financing Development of Aviation Infrastructure.” The President of ICAO, who is a Nigerian, commended President Buhari for fast-tracking policy initiatives that changed the fortunes of air travel in Nigeria, describing the reconstruction of the runway at the Abuja airport as a rare feat.

On behalf of the ICAO, Mr Aliu presented a certificate of recognition of the School of Aviation, Zaria as a regional center of excellence; the certification of both Abuja and Lagos airports which have attained ICAO standards for the first time in history, and another certificate marking the attainment of the International Organization for Standardization ISO 9001, 2015 by the Nigerian Meteorological Agency.

Exclusive Report: An Ordinary Student From Nigeria Earns $200 A Day While Staying At Home
Photos: Nigerian Man Drinks Mud Water In Fulfillment Of Promise He Made, Should President Buhari Return From London
President Buhari approves the immediate treatment of Alex Ekwueme outside the country
Photos: Singer Jidenna lands in Nigeria surrounded by heavy security
NSCDC arrests 5 persons with 2 truckloads of suspected stolen diesel In Delta State
Man commits suicide in Delta after girlfriend dumped him
Ogun State Commissioner for Commerce and Industry, Bimbo Ashiru resigns
Donald Trump lashes out at LaVar Ball for being ungrateful for his son’s release for shoplifting in China
2018 Budget Stakeholders advise FG to check militants to achieve revenue projection The Federal Government plans to spend about N8.6 trillion in 2018, a 15 per cent increase over the N7.44 trillion budget in 2017.
Nigeria Vs Argentina FIFA approve November 14 friendly
President bans fresh recruitment into MDAs in 2018
How to lead Nigerians out of poverty, by Tinubu
Students of Kings College, Lagos pictured being punished like animals today (photo)
Kidnap suspect’s Evans family makes appearance at Aso Rock meeting