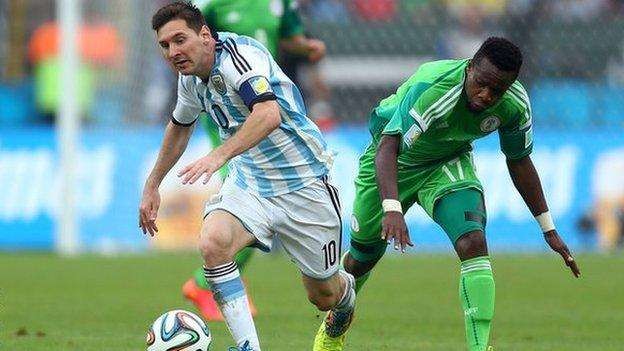 FIFA are satisfied with the arrangement of the friendly game and have given their approval.

World football governing body FIFA have given the go-ahead for the November friendly between Nigeria and Argentina.

The Nigeria Football Federation (NFF) and the Argentine Football Association (AFA) had agreed on Tuesday, November 14 for the friendly game in Krasnodar, a city in Russia where the 2018 FIFA World Cup will be played.

FIFA on Friday, November 3 approved the friendly game which means that it would have an effect in the next FIFA Ranking.

ALSO READ: There might be a security worry ahead of the friendly

This approval was conveyed in a letter dated Tuesday, October 31, directed to the Football Union of Russia, addressed to the General Secretary, Aleksandr Alaev, and signed by FIFA’s Director of Competitions, Christian Unger.

“In accordance with article 7 of the regulations, FIFA is happy to provide official authorization for this men’s tier 1 international match,” part of the letter reads.

There were no fears whether FIFA were going to approve the friendly as the NFF and AFF were confident that they had met all the requirements to host the game.

Ahead of the friendly game, Argentina captain Lionel Messi have been pulled out of the game as requested by Barcelona who have reached an agreement with the AFA.

Argentina have two friendly games in the next international break, against Russia on Friday, November 10, four days before the game against Nigeria.

Barcelona had requested that their star player be featured in just one of the friendlies and Argentina have chosen their captain to play against Russia.

The Super Eagles of Nigeria have also been hit with a slew of injuries as Victor Moses and Odion Ighalo have been ruled out.