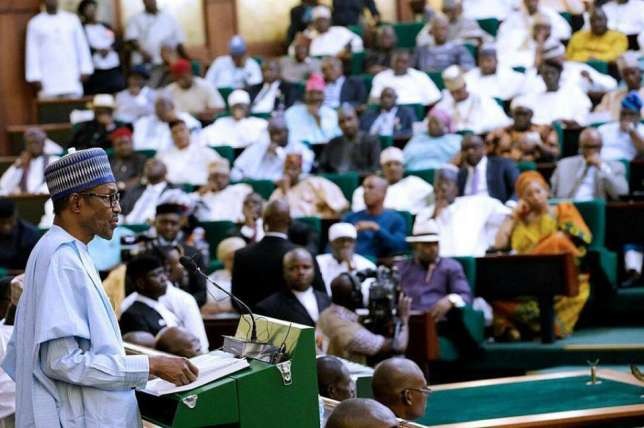 President Muhammadu Buhari says there would be no recruitment into ministries, departments and agencies (MDAs) in 2018 without his consent and approval.

President Buhari stated this during the 2018 budget presentation at the National Assembly on Tuesday, November 7, 2017.

According to President Buhari, the move was to manage a rising personnel expenditure that was expected to increase to 12 percent in 2018.

He said, “I have directed agencies not to embark on any fresh recruitment unless they have obtained all the requisite approvals. Any breach of this directive will be severely sanctioned.”

President Buhari noted that 30.8 percent of the N8.6 trillion budget would be focused on capital budget.

The President said the budget would be financed by new borrowings estimated at N1.699tn.

“Fifty per cent of this borrowing will be sourced externally, while the balance will be sourced domestically. The balance of the deficit of N306bn is to be financed from proceeds of privatisation of some non-oil assets by the Bureau of Public Enterprises” Buhari said.