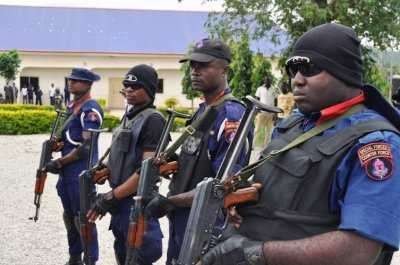 The Delta Command of the Nigeria Security and Civil Defence Corps (NSCDC) has arrested 5 persons with two truckloads of suspected stolen diesel.

The State Commandant of the corps, Mrs Beatrice Irabo, disclosed this in an interview with the News Agency of Nigeria (NAN) in Asaba on Sunday.

Irabo said that some operatives of the command led by Squad Commander, Mr Asibor Michael, during a morning patrol arrested the suspects with the trucks conveying 84,000 litres of diesel.

She said that they were arrested around Nsukwa junction in Aniocha South Local Government Area of the state adding that each of the trucks had 42,000 litres of Diesel.

The state commandant said that one of the trucks had registration no. KRV92IZN while the other had none.

She said the operatives became more suspicious of the trucks when they noticed that one of them had no plate number.

Irabor said that the suspects would be charged to court after proper investigation.

She said that the command was poised to get rid of oil thieves from the state and warned those that still indulged in oil theft to desist from the illicit act.

We’ll facilitate Joshua’s visit to Nigeria – Ogun govt
Nigerians on twitter slam Okorocha for unveiling statue of Liberian President, Ellen J. Sirleaf in Imo State today
Mad Love Bayelsa police arrest man for butchering his wife A 24-year-old man has been arrested by the police in Bayelsa State for butchering his wife to death on suspicion of cheating.
Nine dead, many injured in accidents
Self Defence ‘I killed my uncle when he tried to rape me’ – Murder suspect The police in Enugu State have arrested a young girl who killed her uncle when he attempted to rape her in his house.
Punk group attack ‘police state’ on Trump anniversary
‘My mother encouraged to travel to Abidjan for prostitution
2018 budget: Govt votes N1b for State House Clinic
Photos: Nigerian Man Drinks Mud Water In Fulfillment Of Promise He Made, Should President Buhari Return From London
In Bayelsa Police draft 16 gunboats, 6, 000 policemen to creeks
Algeria 1 Vs 1 Nigeria Live updates as Super Eagles take on Desert Warriors in final World Cup qualifier
Union urges IGP to probe shooting of students in Ibadan
Alleged capital flight: Senate absolves MTN of wrong doing
5 kid-robbers arrested by OPC members while burgling shop A gang of kid-robbers who invaded a shop late in the night in Ogun State were saved from lynching by men of the OPC after they were caught.
Networking platform releases nominees for the Woman Of The Year award 2017
Three students in Egypt stab a Nigerian man to death
#Budget2018: ‘Nigerians will be better, happier in 2018’
Buhari visit to Southeat
Cossy Orjiakor Our Drama Queen is back with more bosom After being away from the public eye for a while now, this actress is finally back with more booby ransom to give away.
Students of Kings College, Lagos pictured being punished like animals today (photo)
Share
Facebook
Twitter
WhatsApp
Pinterest
Linkedin
ReddIt
Email
Print
Tumblr
Telegram
Mix
VK
Digg
LINE
Viber
Naver
Previous articlePresident Buhari prays for ex-President on 60th birthday
Next articleAnambra Election Obiano’s victory, product of good governance – APGA