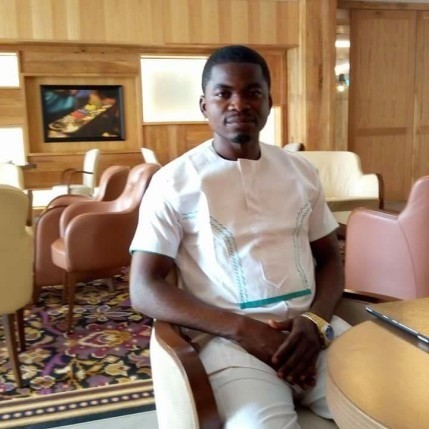 Governor Umahi’s aide on new media has been arrested for allegedly forcing a facebook friend to have sex with him in his home.

The Technical Assistant to the Governor Dave Umahi on New Media, Francis Nwaze has been allegedly arrested for forcefully having sex with a Facebook friend, Esther Odinakachi.

According to a report by Punch, Odinakachi, who is also an undergraduate of the Ebonyi State University, was raped by the governor’s aide in his home late at night.

Nwaze, it was further reported, was arrested by the men of the Special Anti Robbery Squad from the Ebonyi police command and has been remanded in police custody for interrogation.

Speaking on the alleged occurrence, Odinakachi, said she led SARS operatives to Nwaze’s house where he was arrested.

She said, “He lied to you that he didn’t touch me. If he never touched me, how did I know his house? Even though the incident happened late in the night and I was helpless because of the reckless way he drove, I was able to identify the location. But I don’t know the address. He was arrested around 10pm. When he was arrested, he started making calls to the state governor to intimidate me.

“He thought he could take advantage of me because I am a student. His family members have been begging me, but I have refused to back down. I have a lot of evidence against him.”

In furtherance, Odinakachi also claimed that the result of a laboratory test conducted on her showed there was forceful penetration.

It was also reported that when accosted before his arrest, the governor’s aide had denied the allegation saying he had nothing to do with Odinakachi.

Reacting to the allegation, the Chief Press Secretary to the Governor Umahi, Emmanuel Uzor said: “There was no report of such an incident to the government or the security agencies. We read about it on Facebook and then The PUNCH. It was your paper that informed us. I am not aware that he was arrested by the police. I spoke with him yesterday (Saturday).

“This is a government that believes in human rights. If this (rape) truly happened, she should have explored the option of the office of Her Excellency, the wife of the state governor, to tell her story. The wife of the governor has been an advocate of such cases, whether sexual or otherwise. We also have the Ministry of Women Affairs and Youth Development.

“Personally, I believe if such a thing happened, the victim should have come to the government to let us know about it. As it stands now, I don’t have any case of rape. Whatever is happening in that case is shrouded in mystery. There is no proper channel to link the government with what is happening.

“When I first read it on Facebook, I called Nwaze to know what really happened. From what he said, it is a case of blackmail because of the way it is being celebrated. It is being celebrated by the opposition. So, I see it as one of the efforts to silence a voice that has been terrorising them. If he was arrested, I am not aware. If he raped anybody, I am not aware. And that is the position of the governor.”

As at 8:55pm on Saturday, December 2, 2017, Nwaze was still functioning in his capacity as the governor’s media aide as he posted some of the governor’s activities on his Facebook timeline.

There have been other reports of rape in Ebonyi state.