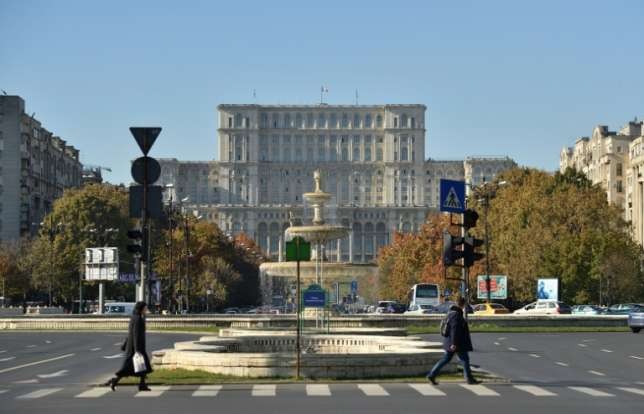 The United States issued a stern warning to Romania on Monday as thousands took to the streets on Bucharest to protest moves to sideline an anti-graft agency.

Romania’s parliament is reviewing legislation that would overhaul the judicial system and reduce the powers of the DNA anti-corruption directorate.

The moves have already raised the ire of trade unions and civil society groups at home, and now Washington has added its diplomatic voice to the swelling protests.

As proposed, she said, the government’s move “could undermine the fight against corruption and weaken judicial independence in Romania.

“This legislation … threatens the progress Romania has made in recent years to build strong judicial institutions shielded from political interference.

“We urge the parliament of Romania to reject proposals that weaken the rule of law and endanger the fight against corruption,” she said.

Earlier, between 15,000 and 25,000 Romanians had marched in the capital to denounce the proposals, with thousands more coming out around the country.

Pope Francis shares a message on helping the poor after donating his Lamborghini to charity
Okada rider in Oyo state beats up female corps member for putting up a fight as he attempted to rape her (photos)
‘Goodluck Jonathan’s administration won gold medal in corruption’ Bola Tinubu
Anthony Joshua Boxer knocks out Takam to retain world heavyweight titles
Obasanjo is boss of bosses, Jonathan Tells Atiku to reconcile with Obasanjo or forget bout 2019 presidency
Anthony Joshua Manchester United stars show support for boxer Zlatan Ibrahimovic and Marcos Rojo were at the stadium to support Joshua.
Hundreds block Guatemala roads to demand president step down Hundreds of protesters blocked roads in Guatemala on Tuesday to demand that President Jimmy Morales step down because of accusations of corruption stemming from his 2015 election campaign.
Anthony Joshua warns Deontay Wilder to be ‘realistic’ with his demands
Hameed Ali Customs boss says PDP members ‘hijacked’ Buhari’s government Ali said the APC government “cannot move forward” because 50 percent of those in the current administration are from the PDP.