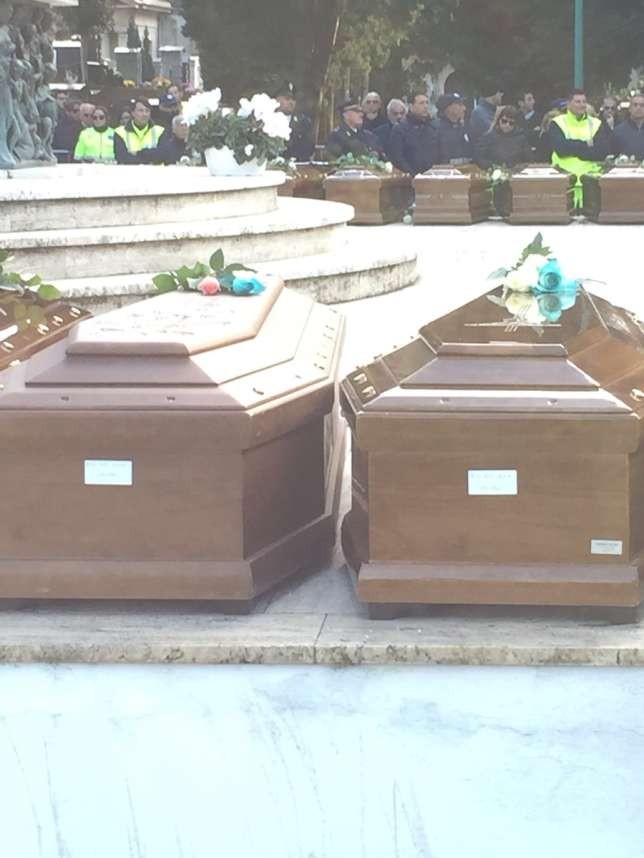 The Federal Government has sent a protest letter to the Italian government over what it has described as the hasty burial of 26 Nigerian girls and women who were allegedly sexually abused and murdered while trying to cross the Mediterranean into Europe earlier in November.

The victims were buried in Salerno, Italy on Friday, November 17, 2017, after autopsies revealed there was no recent trace of physical or sexual violence.

There was public outcry against the absence of any Nigerian official at the burial of the victims last week, and the Federal Government has explained that it was not properly informed.

While addressing the press on Monday, November 20, President Muhammadu Buhari‘s Senior Special Assistant on Foreign Affairs and Diaspora, Abike Dabiri-Erewa said the Italian Embassy had earlier informed the National Agency for Prohibition of Trafficking in Persons (NAPTIP)that the burial would take place on November 26.

The Senior Special Assistant to the President on Foreign Affairs and Diaspora, Mrs Abike Dabiri-Erewa.

She said last week’s burial was done without notice to the Nigerian government and that the government has sent a protest letter to that effect.

She said, “Why were they (the bodies) hurriedly buried nine days before the date communicated to the DG, NAPTIP by the Italian Embassy without any information to Nigerian Government? Why the rush to bury the bodies without carrying out post-mortem to determine the causes of death?”

Dabiri-Erewa also revealed that only three of the victims had been properly identified as Nigerians, with the identities of the others yet to be ascertained before they were buried.

While she claims that a post-mortem had not been carried out, Italian authorities had released results of the autopsies conducted on the victims a day prior to the public burial.

The autopsy revealed that 25 of the victims died of asphyxiation in the water, when the inflatable dinghy they were travelling on sank while the remaining one suffered a wound to her liver.

Most of the dead victims are teenagers aged 14 to 18 and two of them were pregnant.

Spanish warship, Cantabria, docked at the southern port of Salerno on Sunday, November 5, carrying 375 survivors and the dead women kept in a refrigerated section of the warship.

The bodies of the victims were recovered from two separate shipwrecks, 23 from one and three from the other, after rescue operations by Cantabria which works as part of the European Union‘s Sophia anti-trafficking operation.

Italian security authorities have already arrested two men in connection with the deaths.

The two men, named as Al Mabrouc Wisam Harar, from Libya, and Egyptian Mohamed Ali Al Bouzid, have been charged by investigators after they were identified by survivors as the captains of one of the boats where the victims died.