Tiredness won’t be a factor against Hammers — Pochettino 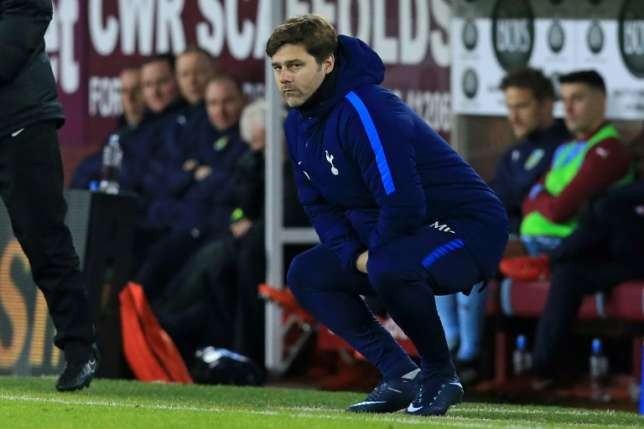 Tiredness won’t be a factor against Hammers — Pochettino

Mauricio Pochettino does not believe fatigue will be an issue for Tottenham when they face West Ham in Thursday’s London derby.

Pochettino’s side will host their rivals at Wembley just 48 hours after their 2-0 victory at Swansea on Tuesday, which lifted the visitors above Arsenal into fifth place in the Premier League

An opening goal from former Swansea striker Fernando Llorente that appeared offside and a late strike from Dele Alli made it six victories in seven matches for Tottenham in all competitions.

But even his players have little time for recovery, Pochettino believes it will be the same for both sides.

West Ham also played on Tuesday, beating West Brom 2-1, and Pochettino said: “I am not going to complain. I think we will arrive in the same condition as West Ham.

“It will be difficult for the players. We will need to rest and maybe make some changes to give fresh legs to the team. But it will be an opportunity for the other players in the squad.

“I know how it (the fixture list) has been. It was impossible to play before this time. We need to rest and make good decisions.”

Pochettino suggested Harry Kane will be fit to start on Thursday.

play Tottenham’s Harry Kane (3L) had been suffering from a heavy cold, but came on in the second half at Swansea and should be fit for the clash with West Ham

The England striker had been suffering from a heavy cold, but came on in the second half at Swansea and it was his pass that created the opening for Alli’s 89th minute goal.

“We will see (about Kane). Our decision tonight was good, because it was difficult to run on that pitch. We hope he will be well and be ready to come back,” Pochettino said.

Pochettino will also assess the fitness of full-back Danny Rose, who missed the Swansea match due to a knee injury.

Spurs lost 3-2 to West Ham back in October in the fourth round of the League Cup, after they had held a 2-0 lead.

Pochettino was subsequently criticised for fielding a weakened team, but he insisted Thursday’s match is not about revenge and he holds no regrets over his team selection.

Revenge not an issue

“It’s not about revenge. It’s an important game for us. In the League Cup, all that starting 11 had played in the Premier League or the Champions League.

“That (losing the lead )was the massive mistake. We wanted to win, but we played so badly and conceded goals. But we took the competition very seriously.

“Now, we need to win to fight for the top four. If we are 2-0 up at half-time then we need to be clever.

“They have improved a lot under David Moyes and it will be very tough game.”

Pochettino admitted Spurs had gained some good fortune when the officials failed to spot Llorente was in an offside position when he scored the 12th minute opener.

“I didn’t see the replay, but always in football you need some luck. But overall, I thought we deserved the victory. Maybe they can complain but that is football and it happens,” he said.

Swansea manager Carlos Carvalhal suffered his first defeat in charge, following a 2-1 victory in his first game at Watford on Saturday.

Carvalhal refused to put too much blame on the officials over Llorente’s goal and also for referee Bobby Madley’s decision not to award a second yellow card to Davinson Sanchez for a foul before the defender was substituted.

“Since I arrived in England I have refused to talk about referees,” said Carvalhal.

“The official apologised and I understand it was a mistake, but we all make mistakes.

“Pochettino is a clever manager and he took the player (Sanchez) off. He knows why.

“But we played against a very strong team and also we played three days ago, while they played six days ago. It made a massive difference.”

Reno Omokri ‘buys’ a city in America
Premier League Merseyside misery as Liverpool and Everton lose heavily Defensive frailty has long been a problem for Liverpool and they found themselves 2-0 down inside 12 minutes as Spurs…
Manager David Moyes felt West Ham’s crowd played a big part as the Hammers came from behind to earn a point against Leicester in his first home game in charge.
Slaven Bilic: West Ham sack manager with team in the relegation zone
See jaw-dropping bikini photos of lady who claims to have the biggest butt in West Africa
Paul Pogba dedicates goal to migrants sold as slaves in Libya
Manchester City 2-1 West Ham: David Silva scores late to equal record
CAMILA CABELLO FEAT. YOUNG THUG – ‘HAVANA’
Premier League Guardiola encouraged as Man City maintain lead Manchester City manager Pep Guardiola was heartened by the way his side stayed five points clear at the top of the Premier League table despite making hard work of a 3-2 victory away to West Bromwich Albion on Saturday.
Real Madrid superstar beats Messi, Neymar to win 2017 FIFA Best Player of the Year Ronaldo had a brilliant year, leading Real Madrid to a La Liga and Champions League double.
Tottenham’s Dembele eyes start against Arsenal
Klopp must take blame for Liverpool ’s poor defence – Schmeichel
Ronaldo deserves FIFA Best award – Zidane
Joel Embiid is African Player of the Week @therealkaunda @kesesports
Arsenal seek to consolidate at the Emirates
Kim Kardashian and Kanye West ring in the New Year with a kiss in front of family &amp; friends
Arsene Wenger praises Arsenal character in another comeback victory
Kim and Khloe Kardashian Grill Kourtney About Her Relationship Status With Younes Bendjima: “So That’s Your Boyfriend?”