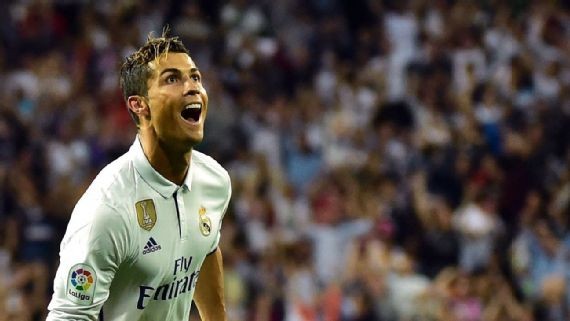 Real Madrid coach Zinedine Zidane said that Cristiano Ronaldo deserved to retain The Best FIFA men’s player award on Monday evening in London, speaking after another personally frustrating domestic showing for the Portuguese in Sunday evening’s 3-0 La Liga victory at home to Eibar at the Bernabeu.

Madrid eased to victory over an out of form Eibar, helped on their way by Paulo Oliveira’s 18th-minute own goal, which was soon followed by a clever Marco Asensio finish past unsighted goalkeeper Marko Dmitrovic.

The second half was lower-key until late on when substitute Marcelo rounded off the scoring with a sweet low strike to finish off a superb one-touch move also involving Karim Benzema and Theo Hernandez.

Twenty-four hours before he is likely to beat Barcelona’s Lionel Messi and Paris Saint-Germain’s Neymar to another individual award, Ronaldo was again not at his sharpest and missed a second-half one-on-one with Dmitrovic. But Zidane suggested in his postmatch news conference that the 32-year-old’s decisive contribution to last season’s La Liga and Champions League double was all important.

“Ronaldo is the best player of his generation, by a long way,” Zidane said. “He has shown that many times, he makes the difference in the big games.  All his prizes are deserved. He always shows he wants to be the best, and he is.”

Ronaldo is still on just one La Liga goal in 2017-18, from 33 shots, however Zidane said such statistical anomalies were not a concern.

“When Cristiano does not score I get asked always the same thing,” he said. “We are not worried, although it is better when he scores. It is important for him, but the most important is that he is getting chances. This lasts a long time. He is top scorer in the Champions League, and has a chance to score again next week in La Liga.”

Zidane himself is also shortlisted for The Best FIFA’s men’s coach award, alongside Juventus’ Massimiliano Allegri and Chelsea manager Antonio Conte. Madrid goalkeeper Keylor Navas is also favoured for recognition in the goalkeeper category, where the other nominees are Juve’s Gianluigi Buffon and Bayern Munich shot-stopper Manuel Neuer.

Cristiano Ronaldo Real Madrid player meets Governor Wike Ronaldo and Ramos praised Wike for his commitment to the development of football in Nigeria.