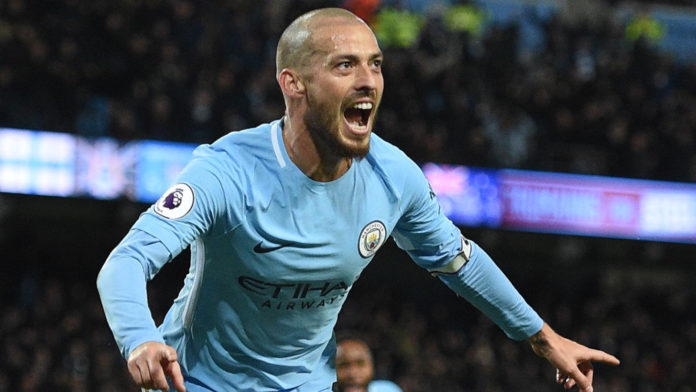 Manchester City produced another late show to equal the top flight record of 13 successive wins in a season with a 2-1 win over West Ham on Super Sunday.

City were met by a spirited Hammers performance that belied their lowly league position as Angelo Ogbonna headed the visitors deservedly ahead (44).

However, City stepped it up in the second period and peppered Adrian’s goal, drawing level through Nicholas Otamendi (57) before finding the winner seven minutes from time through David Silva.

Pep Guardiola’s men are eight points ahead of Manchester United in the title race, with the pair set to meet on Super Sunday next weekend while West Ham remain in the relegation zone after their worst start to a Premier League season.

There was an air of arrogance about City’s build-up play in the early stages but without the intensity. West Ham – well organised without the ball – sensed the lack of spark in City’s demeanour and created the better chances.

On nine minutes, Cheikhou Kouyate glanced Aaron Cresswell’s in-swinging corner which found Michail Antonio unmarked at the back post but could only divert the ball over the bar.

City continued to struggle and just before the break Cresswell’s delivery from the same flank was guided home by Ogbonna, who beat Otamendi to the first ball and celebrated his first Premier League goal.

A response was required after the restart and Guardiola got it, sparked by the introduction of Gabriel Jesus. His decisive work down the right flank opened up the watertight West Ham back five and his cross was turned home by Otamendi from three yards out.

City then set up camp in West Ham’s half with Leroy Sane and Kevin De Bruyne testing Adrian with some stinging efforts from range. Raheem Sterling missed his kick from four yards out with the goal gaping, but there was a feeling of inevitability about City’s winning goal as the Hammers started to tire.

Man of the Match: David Silva

On 83 minutes, De Bruyne spun a delightful pass towards the far post where Silva was lurking and he cleverly poked home from close range.

That wasn’t the end of the drama as Diafra Sakho flashed a shot just wide of the post in injury time but once again, City found a way. 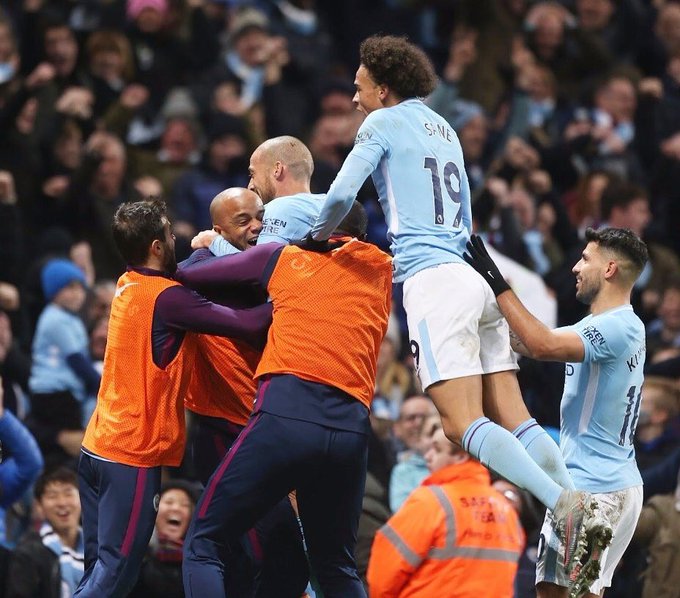 Always fight until the end

Man of the match: David Silva

The little magician popped up with the decisive moment of the match, turning home De Bruyne’s cross in skillful fashion. He made a tough finish look easy. Jamie Carragher thinks the City midfielder is the club’s greatest ever player and Thierry Henry lavished similar praise on him.

Henry said: “He’s the best creative midfielder we’ve seen in this league. I didn’t see everyone play, but David Silva wants the ball and plays the same way against every team. He puts his foot in and doesn’t shy away from the ball. He’s brave off the ball and on the ball. What a player.”

“I heard about the ‘Fergie time’; I wasn’t here in that period but of course you have seen what we’ve shown in past games: we don’t give up.”

“They are a really good group of boys, they are trying to get away from trouble, they are working really hard to do so and they did that today. But when you play the top teams you’re going to have to do it for 90 minutes, not 60 or 70 but 90 and we’ve got some other big teams coming up.”